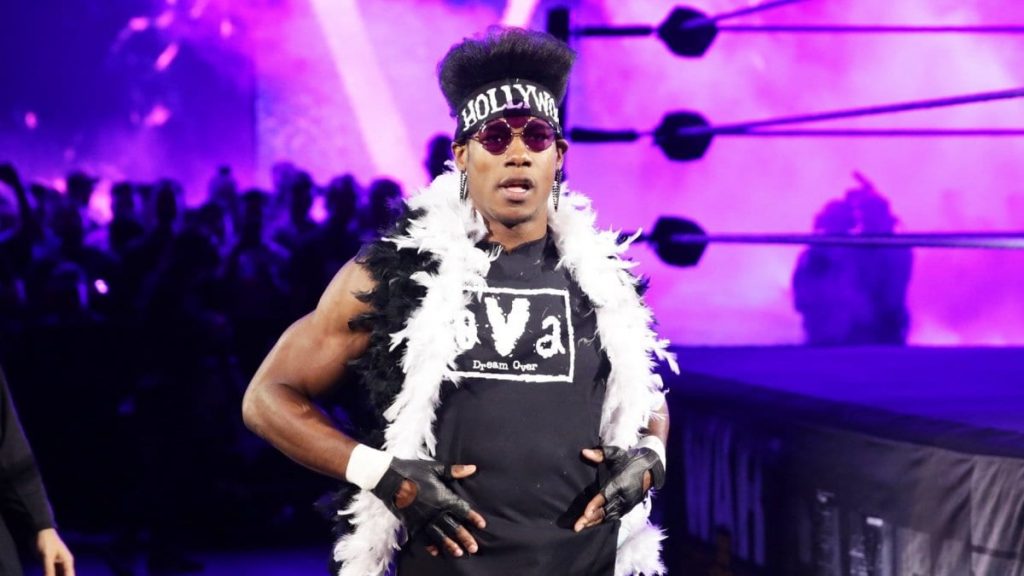 Velveteen Dream, who was released from WWE last week, took to Instagram this morning to release a statement claiming his innocence against all allegations against him. However interestingly Bryan Alvarez of the Wrestling Observer has claimed his release had nothing to do with the allegations, and instead multiple behaviour issues.

“The allegations from April 20, 2020, have effectively derailed any upward momentum I had professionally. And has ultimately resulted in my termination with WWE. My name is Patrick Clark, not the Velveteen Dream. Velveteen Dream is a character that I have spent years developing and trying to bring to life. The success of the Dream character relied heavily on kayfabe, my ability to blur Patrick Clark from Tough Enough with this over-the-top personality.

The character was conceptualized the day Prince passed, April 21, 2016. I knew nothing about him at that time, but my thinking was that I could use my interpretation of Prince to create an onscreen personality vastly different from who I am as a person.

‘Cue Velveteen Dream: A Sexually Ambiguous, Gender Fluid, Self Absorbed Divo. And as I learned more about Prince I began to tame certain aspects of the character. Aspects that I deemed way too over the top and inconsistent with who Prince was as a performer. Now before I unpack, I will say, I’ve enjoyed the many stories I’ve been able to share on camera and I’m grateful to the many people who trusted me with their safety and wellness.

Thank you to any and everybody who enjoyed and allowed me to be my character, whether you paid a ticket or walked up on me in Walmart. My goal was to provide you with the same escape that I was offered when I first started watching. My job was to play a character and to help advance storylines and drama for the fans who cared to tune in. I take any job I have seriously, which is why I’ve remained silent about these allegations.

To me addressing rumors would be working against an already compromised ability to sell a character I’ve invested in so heavily. After I had been accused, I was given the opportunity to be in a storyline that lasted a few months and I worked in a few segments unrelated to the story arch, but now I feel comfortable in this position to share with you the details of my accusations.

The night of April 20th, from my verified Instagram account I posted a story to my followers letting them know that my DMs had been open. I received a few different messages ranging from support, to heckling, and some inquiring about how to get started in pro wrestling. I responded to a few, but not all, and of the few, I responded to one account accused me of solicitation. The account belonged to a 17-year-old aspiring wrestler Jaccob, before he deleted it. In the conversation, Jaccob shared his interest in working as a wrestler one day and asked what steps would be required. I messaged a shortlist of things he should consider if he was serious: Physique and Promo to start.

Physique, because as an independent contractor no one is going to make you train and eat in a way that creates the aesthetic of a believable pro wrestler. And Promo because our job is to sell drama, and you can’t rely on someone flipping channels to stop to watch a choreographed fight, you’re more likely to grab their attention looking into a camera with a strong and impassioned 30-second monologue. I also inquired about which schools he was closest to in relation to wrestling training, his weight, and his height.

Jaccob explained how anxious he felt messaging me and asked me to verify that it was really me. I did find it strange because I have a blue check, but as a lifelong fan I remember meet and greets and the days I would message wrestlers hoping to be seen, so I chalked it up to innocence and sent a voice message in my Velveteen Dream voice, as to keep kayfabe. The full voice message has me asking Jaccob about his height, weight, where he trained, and what school he attended.

Which Jaccob answered back with a voice message and I continued to answer his questions until I politely wrapped up the conversation. April 21st I woke up to notifications and tags of created screenshots and videos of a conversation that I didn’t have with Jaccob. I immediately contacted WWE’s talent relations and social media departments as to begin an investigation. Even after the investigation, WWE released a statement maintaining my innocence. The part that hurt for me was having a personal picture that I’ve used in my personal life, on apps, being used to label me as a predator. I am in no way of the word a predator. This is the first and only time I’ve been accused of any solicitation to anyone.

Until I was accused of grooming by Joshua Fuller, unlike Jaccob, I know Josh. I met Josh after my stint on Tough Enough (2015) at a meet and greet. And we developed a friendship through a mutual trainer at GXW. Josh shared to Twitter screenshots of the first time we communicated through text (2016), an autographed picture from when we met, and an extremely contradictory story. Josh alleged that I made him feel uncomfortable but contradicts himself twice by saying I was never sexual toward him. For those willing to research Josh’s tweet accusing me; Josh’s messages are in blue and mine in grey. Josh claimed that he was a 16-year-old high school graduate and that he takes “yearly trips” with his friend to Orlando, FL.

I doubted what he told me, yet I kept my replies diplomatic and professional. The reality of the situation is that I was very helpful and respectful to Josh. Josh lives with his grandparents in rural southern Maryland. Josh got a concussion (2017) and against my advice, insisted on wrestling. My worry came from Josh severely injuring himself, specifically his brain. I suggested he take time off from training to see a doctor. He declined because he believed he could work through the concussion, and I cut all communication with him in 2018 because I didn’t want to be partially responsible had he worsened his injury. So to have him accuse me of predatory behavior because I chose not to help was spiteful.

Josh and Jaccob are 2 of MANY people that I’ve helped. Yet these are the only two who have found me to be malicious and predatory in how I go about helping others. What wasn’t shared at the time – Josh Fuller reached out to Jaccob over social media before Josh put out his own accusation. When this came out Josh Fuller temporarily deleted his twat: account @joshfullerpw – Which is important because, in all the social media confusion, Josh Fuller is the only one who suggested that an investigation had not been done and that had not been contacted. – Jaccob deleted his social media after he was outed for being a member of an anti-black group chat. There is a public forum, WWE Ipsg stars where people are buying, selling, and sharing explicit photos and videos of multiple wrestlers and no one has done anything to have this site taken down.

All in all this entire experience defamed my character and ultimately accomplished what it sought out to do and that was to see me released. My hope is that over time people can put 2 and 2 together and realize that all the allegations surrounding me were baseless and untrue from the jump.

I felt strongly about not needing to defend myself on social media for a while now, but I understand the audience I work for, and those who know me deserve clarity. I’m thankful for the opportunities afforded to me and the memories I have as a receipt. GOD HAS ALWAYS HAD ME AND HE ALWAYS WILL. DREAM IS OFFICIALLY OVER BUT Patrick Clark LIVES TO FIGHT ANOTHER DAY.”

Last week on the popular wrestling talk show ‘Wrestling Observer Live’, Bryan Alvarez reported that the allegations had nothing to do with the release of Dream, and instead it was due to multiple behaviour issues.

Alvarez noted “For whatever reason, WWE clearly believes that he didn’t do anything, so that’s it. So, why was he fired? Like I said, I don’t know. But I do know this that there were a lot of problems with Velveteen Dream didn’t have anything to do with any accusations There were behavioral problems with Velveteen Dream, and Triple H, he didn’t go into a lot of detail, but when Velveteen Dream was off television Triple H said it was the result of a car accident. Was it the car accident? I don’t know. But I do know is that if you follow the career, the on-screen career of Velveteen Dream. How many times was Velveteen Dream featured and he just vanished for an extended period of time? It happened all the time. The impression I’ve been given is the reason he regularly vanished for extended periods of time was due to outside of the ring issues; whatever those might be. At some point, what can you do with the guy?” (H/T The Sport Rush)