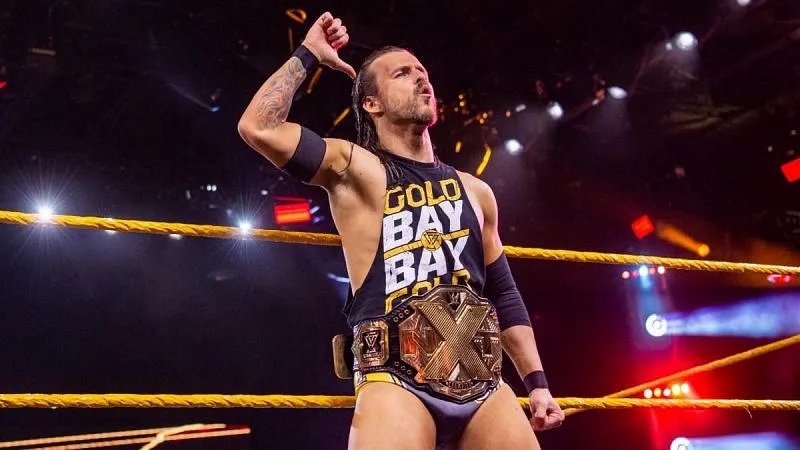 As of today, August 27 2021, Adam Cole has officially left the WWE, as his contract with the promotion expired late last night. This now means that the former two time NXT champion is officially a free agent, however not everything is quite as simple as it seems.

Due to the fact that Adam Cole decided to let his contract run out with WWE, and did not accept at least two contract offers which were presented to him, many presumed that it was a foregone conclusion that he would be heading to Tony Khan’s All Elite Wrestling promotion.

AEW have recently acquired Malakai Black, Andrade and most notably CM Punk, with rumors suggesting that both Daniel Bryan and CM Punk are on their way to join them. This has brought more and more eyes to All Elite Wrestling, and undoubtedly would make a wrestler such as Adam Cole, more inclined to join the promotion. Not to mention the fact that Adam Cole’s long time girlfriend, Britt Baker, is one of the top stars in AEW, which could be another major factor that could affect his decision.

However according to Dave Meltzer in the latest edition of the Wrestling Observer Newsletter (subscription required), Adam Cole hasn’t actually decided where he will be heading next, meaning he may even decide to sign a new deal with WWE.

Now that Cole’s WWE contract has legitimately expired, it means that he is free to talk to other promotions, including AEW, meaning a bidding war between AEW & WWE for the star could well be upon us. Cole will now have some time to review his options without having to worry about potential legal issues, before making his decision.

With that being said, a report from PWInsider, which Wrestling Republic can exclusively back up, has stated that the belief among higher ups internally in WWE is that Cole is indeed done with the promotion, and instead will be joining his long time girlfriend in AEW.

As always, Wrestling Republic will keep you up to date if anymore updates come out about this situation in the upcoming days. Follow us on Twitter and turn on tweet notifications to be notified of stories as they come out!