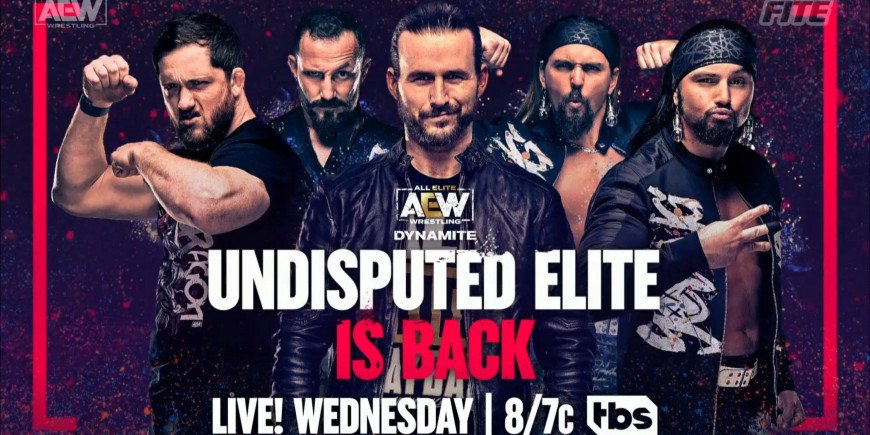 The Undisputed Elite will return to next Wednesday’s AEW Dynamite after injuries and setbacks on Adam Cole and Redragon.

Adam Cole has been injured since June’s Forbidden Door, while Bobby Fish just returned at the recent Dark tapings in Orlando, Florida. Additionally, Kyle O’Reilly has been out since early June after losing Jon Moxleyin in an Interim AEW World Title #1 Contendership match. The Young Bucks lost the AEW Tag Team titles several weeks ago when Matt Jackson suffered a stinger.

ThunderStorm (AEW Women’s Champion Thunder Rosa & Toni Storm) will take on rivals Britt Baker & Jamie Hayter in a grudge match that has been building for weeks.

A rivalry that dates back more than twenty years, Christian Cage will take on Matt Hardy. The two wrestled once in a singles match in AEW in July 2021, with Cage taking home the victory.

More matches will be announced on Friday’s Rampage.

Here’s the current lineup for next week’s debut show in Columbus, Ohio: