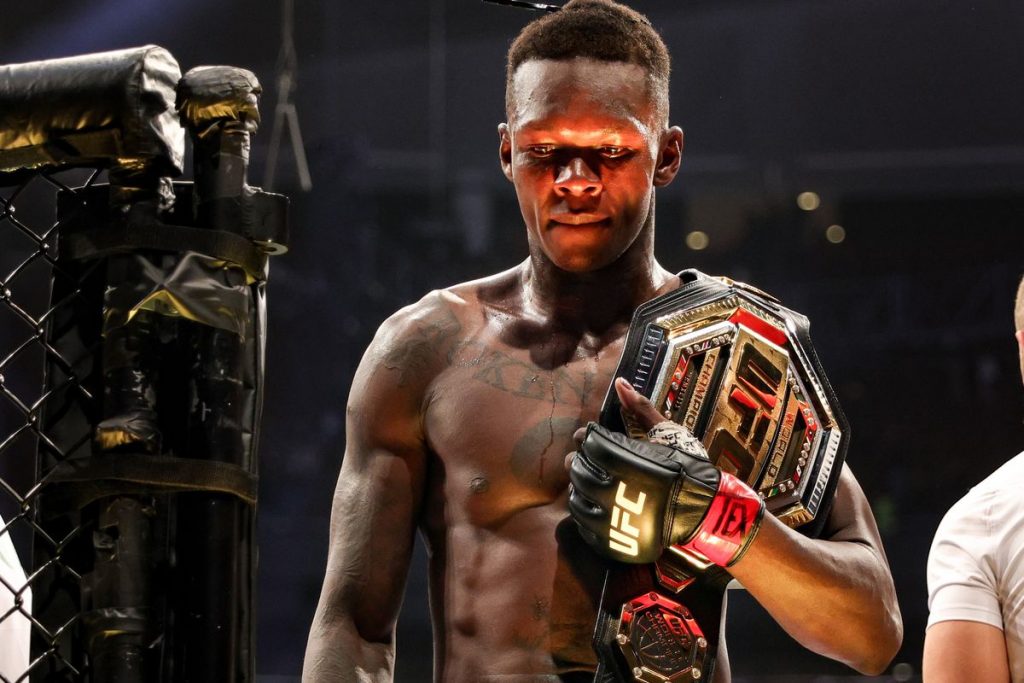 UFC’s Israel Adesanya confirmed that he wants to join WWE in the future.

UFC’s Undisputed Middleweight Champion of the World Israel Adesanya, also known as ‘The Last Stylebender’, is considered as one of the best fighters in the world of MMA today.

His ferocious striking abilities and huge fighting IQ have made him one of the top 3 pound-for-pound fighters in the UFC, as well as the undisputed face of the Middleweight division.

After his most recent title defense, where he defeated Jared Cannonier at this past Sunday’s UFC 276 event, Adesanya spoke with BTSport to explain that he wants to join WWE in the future.

“Definitely, that’s something I’ll try my hand at later on just for fun,” he said. “Not saying it’s going to be a full-time job, but I’m definitely going to jump in the WWE or something along that line just for the entertainment factor cause I grew up jumping off the couch, broke my arm…doing shooting stars. Yeah, living my dream.” (H/T WrestlingNews.co)

It is also important to mention that Adesanya had claimed that he grew up as a pro wrestling fan during WWE’s Attitude Era, making this clear when he made his way to the octagon and recreated The Undertaker’s iconic entrance in front of Vince McMahon and other celebrities in attendance.

However, we can’t deny that it would be very interesting to see how things work out for Adesanya if he joins WWE in the future.