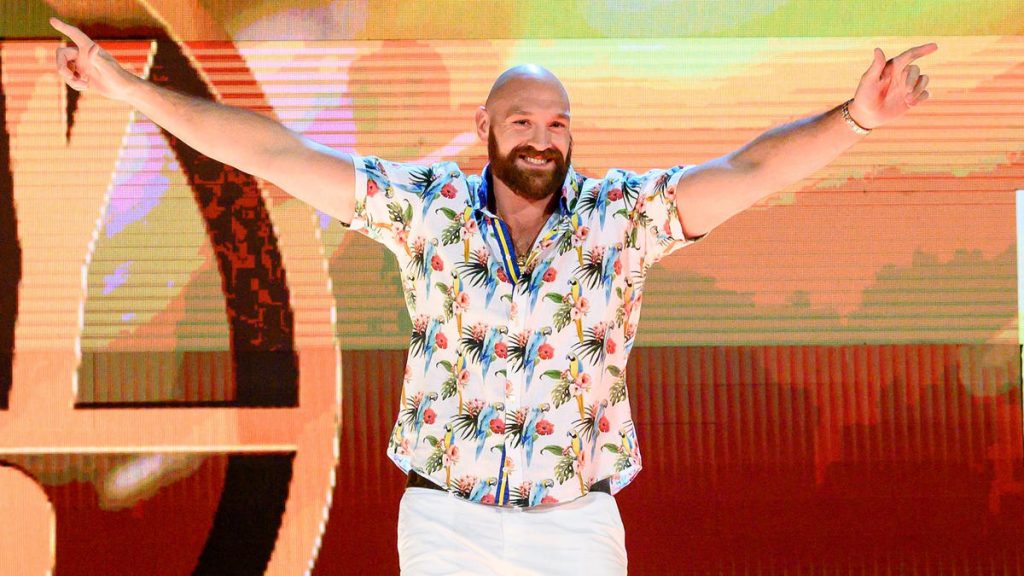 One of the biggest names in boxing, Tyson Fury, wants to wrestle with John Fury in the WWE ring. He wants to take on Jake and Logan Paul.

Tyson Fury is a well known boxer and currently the WBC Heavyweight Champion. He is also in the WWE’s Hall of Fame, and has made many appearances through the years at WWE events.

Some events he has made his appearances at is enforcing a WrestleMania XVI’s main event and even had a match with Braun Strowman. Tyson knocked out Stroman and won by count out at Crown Jewel in 2019.

Most recently he appeared at Clash at the Castle to stop Austin Theory’s attempt at cashing in his Money and the Bank contract. Then showing signs of respect to Roman Reigns and his challenger Drew McIntyre.

In a recent interview on Boxing Social, Tyson exclaimed “Wrestling, here we come! WWE! I can’t wait to smash a chair in somebody’s head”

As the interview went on Tyson explained his liking towards the idea of facing Jake and Logan Paul, with his father John Fury as a partner. Tyson stated “Yeah, sounds good. Let’s do it!”

Logan Paul officially signed a contract with WWE earlier this year. Logan has had a great run and has even pushed Roman Reigns to the limit.

Jake Paul also made his WWE on-screen debut when helping Logan at Crown Jewel. Jake has also stated his openness to a future WWE stint.

Only time will tell if WWE fans will see this rivalry in the WWE ring.

H/T to WrestlingInc for transcription