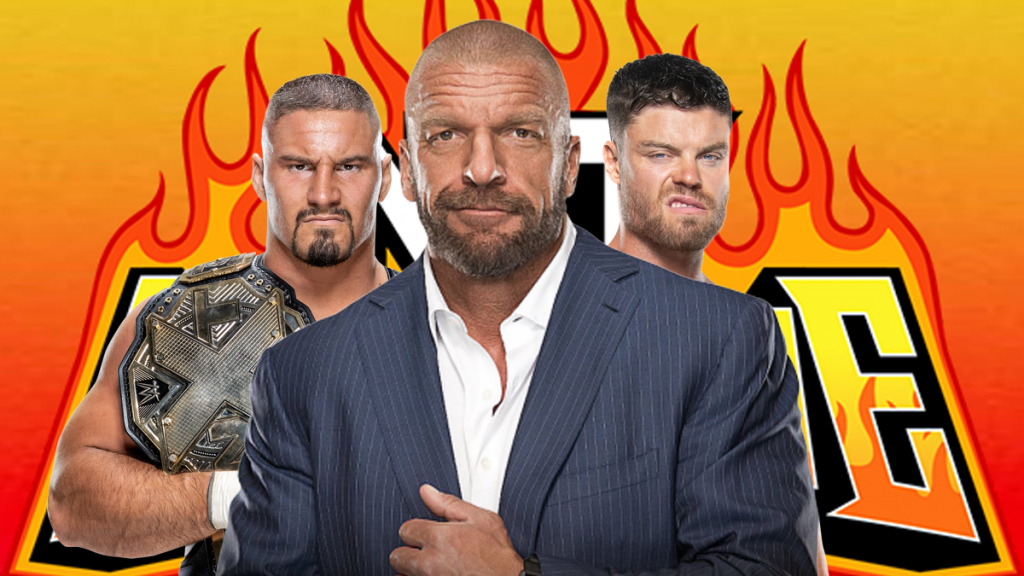 Triple H has praised the talent and couching in WWE NXT ahead of the Heatwave special tonight.

“There has been a lot of excitement around the WWE Universe on WWE Raw and Smackdown” Triple H stated. “But wanted to share thoughts on the great work the talent and coaches at WWE NXT have been doing and the matches at NXTHeatwave.”

Triple H then went on to break down each match set for NXT Heatwave.

“Consistency is a characteristic of any great performer. Carmelo Hayes has been just that.” Triple H stated prior to Hayes’ defence agaisnt Vinci tonight. “As North American Champion, he’s been equal parts entertaining and impressive in the ring. Giovanni Vinci knows what it takes to win, and I think this match will be special.”

He then went on to discuss D’Angelo facing Escobar. “No matter how experienced you are, leading a group of your peers is difficult. You have to be equal parts teammate and visionary. BOTH Santos Escobar and Tony D’Angelo have thrived in that role and have discovered a lot about themselves in this process.”

“You don’t fight with anyone harder than your best friend. (Right, Shawn Michaels?)” Triple H joked “For both Cora Jade and Roxanne, the sky is the limit. While this match may seem a personal vendetta, I think it is just the beginning of another fabled tale of the WWE NXT’s Women’s Division.

“Zoey Stark’s week is packed. Not only does she tag with Nikkita Lyons in the Women’s Tag Titles tournament on Smackdown , but tonight she faces Mandy Rose for the WWE NXT Women’s Championship. Another massive step in her growth and development.” Triple H stated ahead Zoey Stark’s title challenge.

“But since coming to NXT, Mandy Rose has demonstrated to everyone the kind of dedication she has always brought to her career.” Triple H said praising Mandy Rose. “In what is now a record reign, she has solidified her position at the top of women’s division and for good reason.”

“The list of WWE NXT Champions features competitors throughout the entirety of our industry’s landscape. Bron Breakker, to many, was thrust into his role as “top dog” but has grown immensely as not only the person with the title, but a student of the game.” Stated Triple H ahead of Breakker’s upcoming defence

“All the while, JD McDonagh continues to level up. The audience is familiar with his skill in the ring. His journey through NXT UK and the passion and guts he brings to each performance. He’s entered into a new landscape & embraced it. I’m excited to see these two tonight.

So good luck to each and every performer tonight on NXT Heatwave. Be sure to tune in TONIGHT at 8pm ET on USA Network!”

How Can I Watch NXT Heatwave?

The show will air on the WWE Network & Peacock in 30 days time.