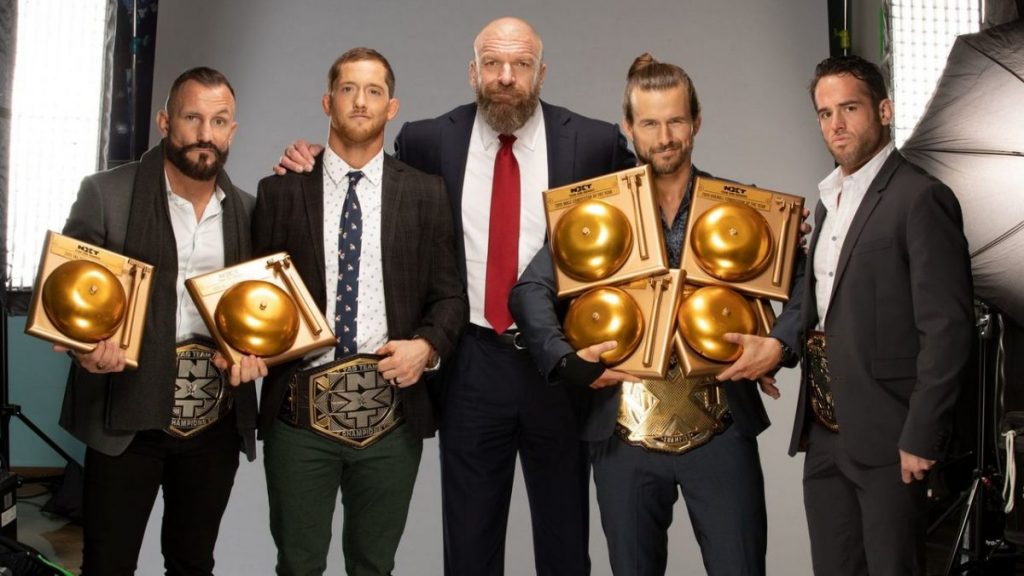 AEW Star Adam Cole has revealed that he and Triple H never discussed the possibility of Undisputed Era being called up to the main roster.

Before arriving to All Elite Wrestling, Adam Cole made a huge name for himself on the independent scene that allowed him to arrive to WWE and become one of NXT’s top stars.

‘The Panama City Playboy’ had a successful run at the former Black & Gold brand, becoming the leader of The Undisputed Era and having outstanding matches that made him a Triple-Crown Champion.

We had informed yesterday about Cole’s comments on the original plans for Undisputed Era in NXT. However, while also speaking at ‘The Kurt Angle Show’, the former NXT Champion has commented that Triple H and Shawn Michaels never had any talks with him about a possible main roster call-up.

“There wasn’t a huge discussion from either of them [Triple H and Shawn Michaels] about going to Raw or SmackDown,” Cole said. “I think they knew and they, themselves weren’t even thinking about it as well. I think they probably would’ve been nervous or scared of the idea of like, ‘Oh my god, they just took four of our top NXT stars, now what’re we going to do?” (H/T RingsideNews)

He also competed at AEW and NJPW’s Forbidden Door event, coming up short in his intent of winning the IWGP World Heavyweight Title and apparently suffering an injury in the process.