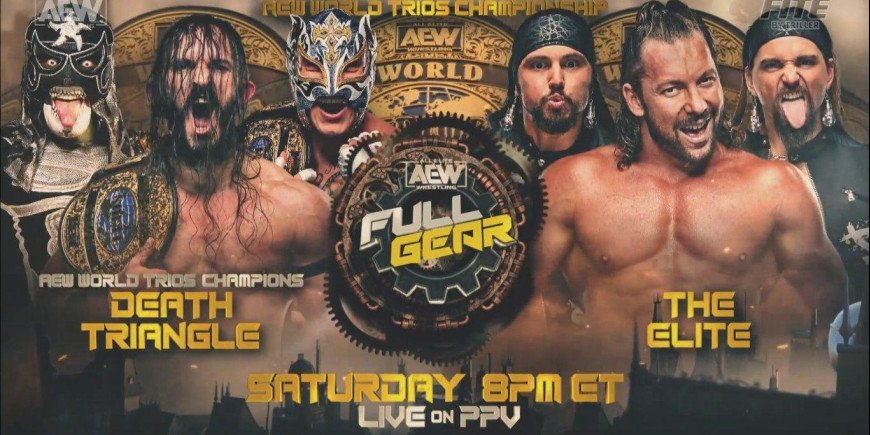 The TNT Championship and the AEW Trios Titles match have been added to AEW Full Gear.

Wardlow will defend his TNT Title for the first time ever at the Full Gear match.
The Elite is officially scheduled to make their comeback to AEW at Full Gear on Saturday, and that match has also been officially announced.

After Death Triangle defeated Top Flight and AR Fox to successfully retain the AEW Trios crowns, PAC cut a promo in which they claimed to understand the purpose of all the recent videos by The Elite, which hinted at a full-throttle comeback. PAC advised them to visit Full Gear if they wished to make a return. After PAC ended his presentation, a Full Gear graphic with The Elite and Death Triangle clearly visible next to one another came on the video screen.

Following Punk’s remarks from a media scrum held after All Out in September, The Young Bucks and Kenny Omega were suspended from AEW after they, CM Punk, and Ace Steel got into a brawl backstage. The Elite have since been reinstated, and videos teasing their return have aired in recent weeks

Here is the updated lineup for Full Gear: