Top Ten Things We Want Now Audiences Are Back. 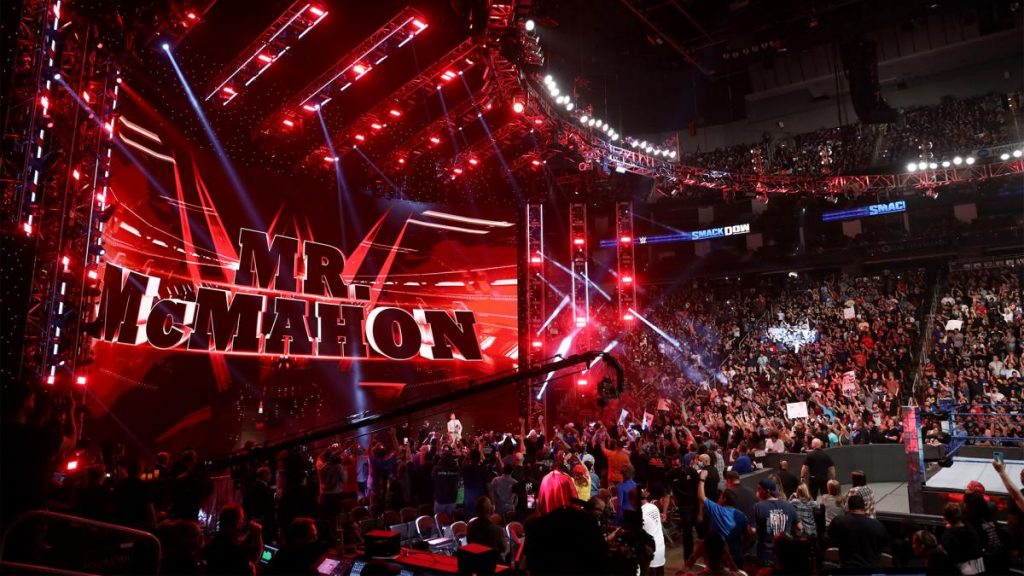 On SmackDown on the 16th of July “no chance” screams out. A billionaire strut and one of the dumbest most endearing questions not about an ice cream bar is uttered. “Where the hell have you been?” With that the thunder dome era is officially over. WWE has ushered in the live crowds as we now enter this weird living-with-Covid era (I am certain WWE will coin a better term for this era) where Terms & Conditions are not only ticked and ignored upon signing up to literally anything now we must endure the façade in person. As if someone will realize they might actually have this worldwide plague that has slowed us all the past year while answering the question ‘are you finding it difficult to breathe?’  as they enter their gym, workplace or local watering hole. But sure as Vince McMahon loves music by The Weeknd we go through this bullshit dance. Now that audiences have entered the building what can the WWE give us to keep us entertained? The Wrestling Republic gives the top ten things we want now we are allowed back in the building.

NXT call ups are getting Mike Awesome WCW level bad. From Killer to fat chick lover (you didn’t read that wrong) NXT is getting treated like it exists in a vacuum. Shotzi debut with a different tag partner to the tag partner she held the NXT tag titles with. Karrion Kross debut without his manager Scarlett and Finn re-debut on the SmackDown despite months of telling the audience that NXT is where he belongs. The amnesia amongst these calls-ups has be idiotic and left fans feeling disappointed. Fans want to cheer for the Wrestlers they loved in NXT. Calls-up should be exciting. These calls-ups are the equivalent of rosterbation that fans enjoy so much. We can see our video game fantasies play out in real life.  These call ups should be utilizing the storylines from NXT to help the overall product. If Karrion Kross was going to lose to Jeff Hardy in his Raw debut, why not have Samoa Joe cost him and further the NXT title storyline. WWE gets to use NXT to built up these wrestlers. The NXT wrestlers have a history to be drawn upon and help make an immediate impact. Disregarding the NXT careers of these wrestlers harms the overall product. Karrion Kross should be an absolute threat once called up not losing in three minutes. WWE audiences are watching NXT anticipating these Superstars’ arrival to the main roster. So should the WWE.

There is no better sound than “Holy shit” ringing throughout an WWE arena. When the fans left we realized just how important they were to professional wrestling. Now that fans are back, it is time for the WWE to give us a spectacle. WWE delved into the cinematic matches during the thunder dome era. Matches that play out like a movie, with cut scenes and multiple locations. A.J. Styles vs Undertaker at WrestleMania should be held up as the shining example of how cinematic matches can be successful. Let’s not forget about the Fiend vs Cena, which was bat shit crazy in the best possible way. Those matches were perfect for the thunder dome era, but as we filter back into stadiums I want tables, ladders and chairs. I want barbed wire (without the placid explosions). I want thumbtacks. I want heels screaming at fans. I want faces high-flying with those same fans. I want faces shepherding heels with the assistance of a kendo stick through a hostile crowd. I want war games. I want “I quit” matches. I want commentating tables imploding. I want dives off the stage. I want this happening all over every single arena to the chorus of ‘Holy shit.’ Now that crowds are back let’s have a reason to get involved. The WWE has its soundtrack back, it’s time to let it play.