Top Ten Most Intriguing Wrestlers in 2022. 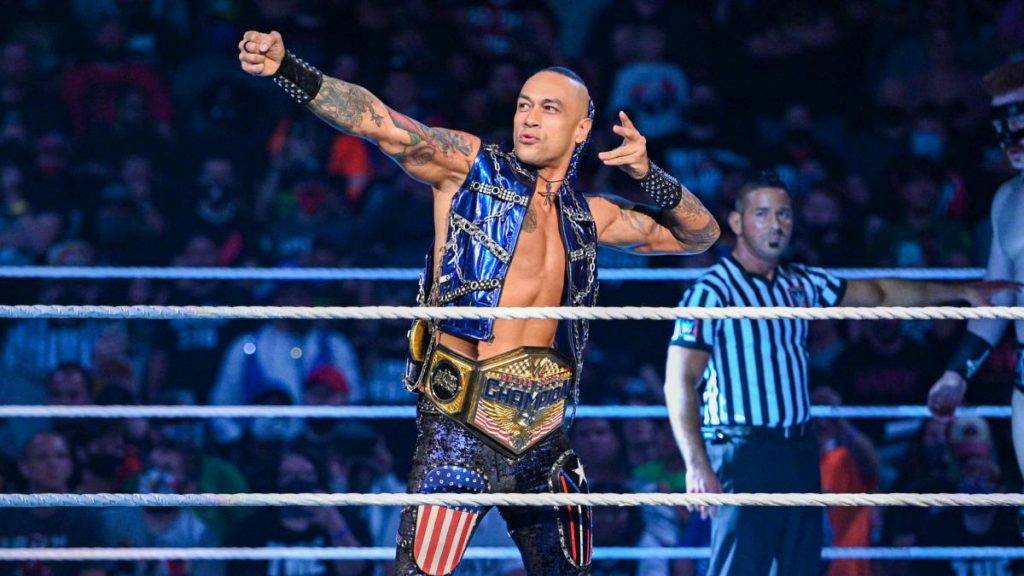 Wrestling has a problem. It is getting a little stale. Every other major sport seems to be more intriguing right now. Everywhere you turn. In the NBA, the Jokic Brothers vs. The Morris Twins is the tag team brawl of the century, while a bloodied Isiah Stewart is charging through security, team mates and coaching staff ready to stomp a mud hole in LeBron James. It was akin to Stone Cold every Monday night for the better half of the attitude era. In the NFL, Aaron Rodgers is taking the biggest heel turn in recent memory. Golf staged a one on one match between its two biggest personalities and bitter rivals Brooks Koepka & Bryson DeChambeau dubbed “the Match.” I would joke about the title but the match is on the level of the WWE’s day 1 and AEW’s winter is coming. The English Premier League has also seen its fair share of bloodshed. Multiple managers have already been given the boot (I will take my Pulitzer now). Shout out to Manchester United decision makers for the remarkable act of self preservation. They actually made the decision to pick the person who will given the dubious tasks of picking the next manager. Palming off all responsibility. A move almost as meta and confusing as WWE referencing their own recent firings into several angles.  Tennis of all sports, is doing what Disney, LeBron James and John Cena will not do – stand up against China. In Disney’s defense they took a huge shit on China with it’s Shang-Chi and the Legend of the Ten Rings. I mean are we sure a story that featured a disappointed Asian mother, the protagonist’s love of karaoke and a big red dragon is doing anything positive for Asian representations? The Wrestling world has it’s back against the wall. There is however, some faces (& Heels) that can help bring back viewers to professional wrestling. The Wrestling Republic has put together a list of the ten most intriguing wrestlers to head into 2022. These are the wrestlers to keep your eyeballs glued to the screen for, within kayfabe or not, these are the top ten most intriguing wrestlers to watch heading into 2022.

I will never question the power of eye liner ever again. Since applying some eye liner, Damien Priest has been the best damn thing on Monday nights. Damien Priest was attached to Puerto Rican Rapper Bad Bunny for a WrestleMania program, and it seemed he was destined for great things. However, as WWE often do, they simply dropped the ball. Priest lingered, and most of us thought that was it. Until Priest rejuvenated his career, by harken back to his Ring of Honor days and becoming a more vicious and serious version of himself. In doing so, Priest become one of the most intriguing undercard wrestlers on Monday night week in week out. For the first time in its history, WWE is without a supernatural wrestler on its roster. Undertaker is not walking through the door, neither is Bray Wyatt, Kane or Sting. Demon Balor seems gone too. Damien Priest could take that mantle. Bray Wyatt and Undertaker added a unique element to WWE programming. Undertaker brought in a plethora of memorable stipulations – buried alive, casket matches and Hell in a Cell. A Bray Wyatt matchup became a special attraction on any card he was a feature. WWE desperately needs a special attraction. Despite looking rough as guts, Damien Priest is smooth as velvet in that ring. If WWE lean on Priest as a more supernatural character, employing the same tropes for Undertaker, Sting & Wyatt; mysterious promos and sudden appearances. Priest can be fill that void. If Priest rises to the occasion and becomes the next great WWE character, he will truly become worthy of one to watch in the new year.

At Full Gear it was time for Hangman Page to ascend and become the AEW World Champion. I was if I am being honest a little upset still because it meant Kenny Omega’s title reign is over. Given WWE’s love of overdoing things, it was refreshing to actually want more.  It really was a great title reign. Kenny showed his full range throughout the 346 days he was Champion. From a 30-minute wrestling classic with Bryan Danielson to a crazy hardcore exploding barbed wire match (minus the explosion) with Jon Moxley. It was a reign that legitimized Kenny Omega as a professional wrestler that could not only succeed in the Japanese landscape and independent circuit but also in the restraints of producing a weekly T.V. program on American soil. Kenny Omega is unfortunately injured, robbing us of the highly anticipated rematch against Adam ‘Hangman’ Page. The time away, does create a strong sense of tension. In Kenny Omega’s absence, Adam Cole has stepped in. Adam Cole has brought with him his Undisputed Era brethren, Bobby Fish (yes, his real name) and Kyle O’Reilly. AEW has already teased Young Bucks vs. Bobby Fish and Kyle O’Reilly.  The real life injuries, have historically be great for turns. Kenny will be cheered when he returns. Fans will be excited to see Kenny Omega back in an AEW ring. The reaction could be utilized to turn Kenny into a face.  Kenny has no less than 3 five-star matches awaiting him with built in feuds. Kenny could return to assist the Young Bucks against Bobby Fish & Kyle O’Reilly and in doing so turn on Adam Cole – setting up a classic trios match up of the Elite vs. the Undisputed Era. Do we get the rematch we were robbed of against AEW World Champion – Adam ‘Hangman’ Page?  Or does Kenny Omega face Bryan Danielson to prove himself once again. Whether Omega returns as a face or a heel, there is plenty of intrigue on where AEW takes their most dominant champion next.