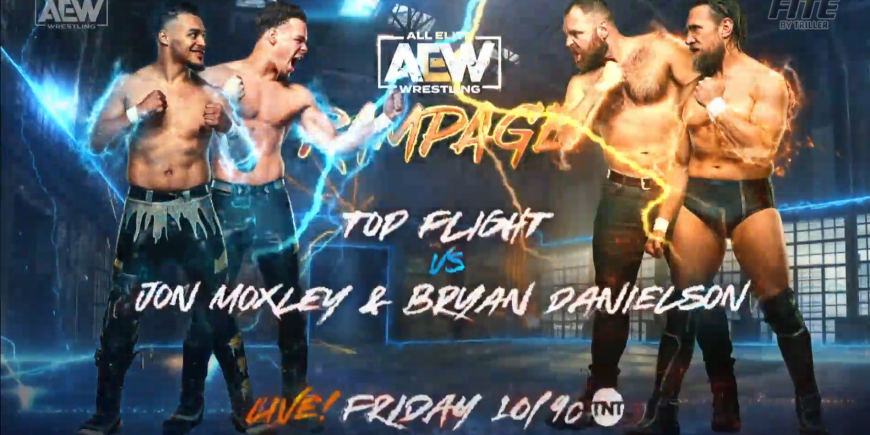 Top flights (Darius and Dante Martin) will face off against Bryan Danielson, and Jon Moxley as the Blackpool Combat Club and Top Flight resume their conflict.

AEW women’s champion Jamie Hayter and Dr. Britt Baker, DMD, will also engage in tag team combat with Robyn and Charlette Renegade of The Renegade Twins. The tag team bout between Baker and Hayter versus Saraya and Toni Storm on January 11 of Dynamite appears to be this contest’s warm-up.

Also appearing on Friday’s episode will be LFI’s Perro Peligroso, formerly known as Preston Vance. He’ll be competing for the first time under his new name here.

The House of Black will address the audience following their latest destructive spree against the aew roster.

Following AEW Rampage, the fifth installment of the Battle of the Belts special will also air live.