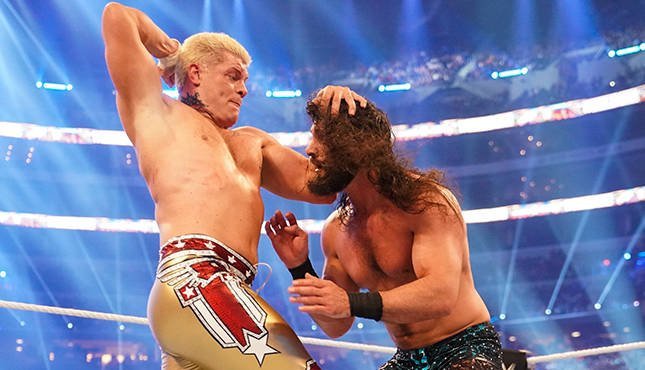 Starting this April as the head of Reviewing I am planning on compiling the top matches from the month and creating a list of the top 10-20 matches from our reviews. Eligible matches are going to exist from 4.00 Stars and up.

Note: For the matches/shows that haven’t been covered they are not included, simply because we do not have an official rating for it. (Example/Spoiler: Blake Christian Vs Will Ospreay, Will Ospreay Vs Jon Moxley will not be on this list as they haven’t been rated officially.)

Honourable Mentions: Will be listed without the official summaries for the matches.

Top 20: Will be listed starting at 20. The only discrepancies that will exist is among matches rated the same thing. Spoiler/Example: The top three matches can go really any order but they are equal in the sense of their star rating. The order of equal star ratings don’t really matter.

AMAZING Teoman With Rohan Raja and Charlie Demspey Vs A-Kid: This match was a very solid main event, with Teoman and A-Kid stepping into the ring with each other for the first time since PWG’s BOLA 2019. This was a good match that had Teoman showcasing a lot of his offense and it looked really good. There were innovative moves and he has a unique finisher. Teomans wrist was hurt after a steel steps bump and a mannerism of going for the leg hook with the bad hand and quickly changing really was a good way to sell the injury to the hand. Overall this might be a send off for A-Kid and it was a great way to do it. Die Familie is a heel force to be reckoned with.