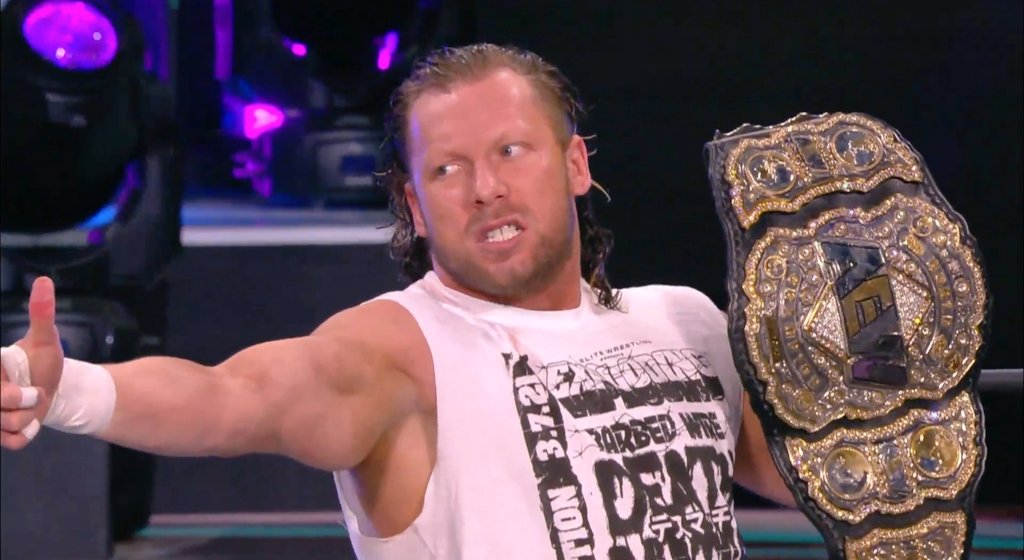 Kenny Omega is one of the most dominant champions in all of the wrestling world today. All champions have to lose eventually, so let’s have a look at who could be the Top 10 wrestlers to take the AEW title off of Kenny Omega.

Jon Moxley’s run as AEW champ was nothing short of special and the way he lost worked out well in terms of story and giving Kenny Omega the monster heel heat he needed. With that being said, some believe Mox deserved a better ending to his reign. In my opinion it left the door open for a great story between the two in the future that is bound to happen. It would be great to see Jon Moxley be the wrestler to dethrone the “collector of belts” but there are more special moments to be seen if it were someone besides Moxley. We haven’t seen the end of Moxley vs Omega obviously, but the title doesn’t have to be in the picture to settle this feud. No matter the stage or arena, these two will always have main event caliber matches.

Jericho was the perfect guy to be the very first AEW champion for a laundry list of reasons. Without his name AEW could have failed within their first year due to too many relatively unknown names to the public who are not true wrestling fans. Sure, Hangman could have been great and I personally believe has the promo and in ring skills to be the top guy for a company but Jericho’s name just reaches farther in the world especially at that time. Jericho and the Inner Circle are definitely tied up in their feud with The Pinnacle and MJF right now, but it would be interesting to see him shift his view to unfinished business with Omega. While Jericho was not in his best physical condition (better then, than now) during his time in New Japan working with Kenny at Wrestle Kingdom 12 in 2018 the story and show the two put on was amazing. It would be great to run that back one last time before Jericho ends up retiring.