Top 10 Teams That Should Be The Inagural (Rumored) Trios Champions 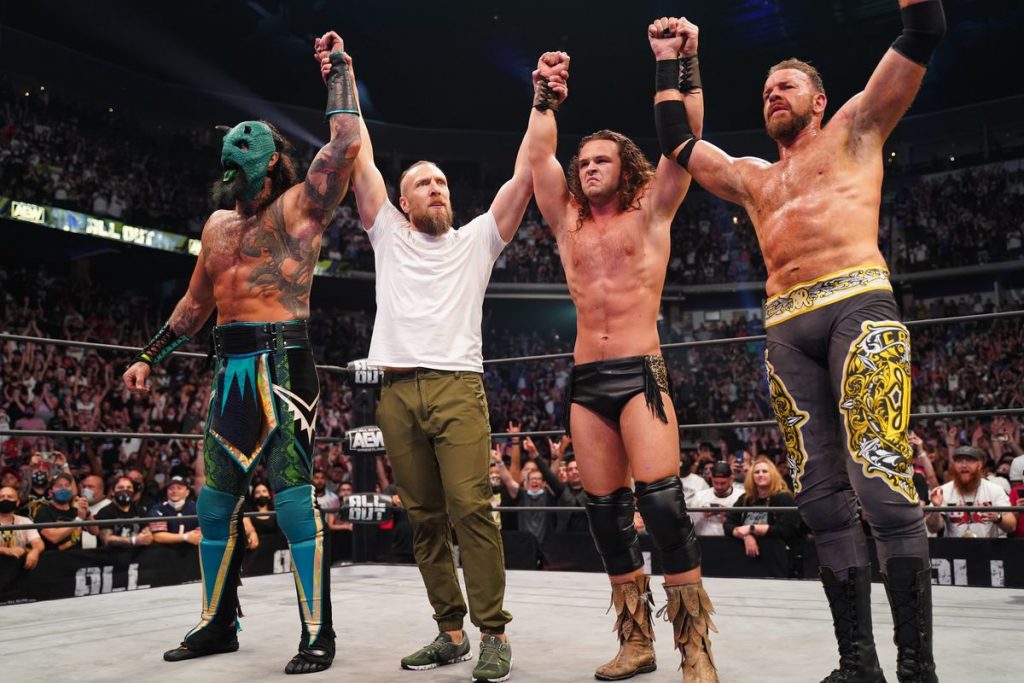 AEW since its birth has been loaded up with many factions. Most of which have at least one combo of what would make an amazing Tag Team Trio. For some time now it has been rumored that there will be a six-man Tag Team Championship, or as I like to call Trio’s Champions, coming to AEW. Here is my Top 10 for which tag team trio could be the first to win the (rumored) inaugural Trio Tag team titles.

The Pinnacle was essentially made up of some of the toughest heels in AEW. Led by Maxwell Jacob Friedman and the management of Tully Blanchard this faction could do a lot more damage than beat up the Inner Circle. They could have been a threat to any and all factions, champions, or wrestlers who stand in their way. However, with MJF and Jericho’s feud stealing the show for a while and then the freak injury to Dax Harwood the team while still together has not felt together for some time. That being said, the people who make up the possible trios in The Pinnacle are a force to be reckoned with. The obvious choice would be for FTR and MJF to grab the gold. They are the most over and probably the most all-around talented members of the group. They would put on great matches when the chemistry of FTR and the in-ring ability of MJF collide. They could probably beat any of the other teams on this list. However, it might make more sense to use a combination that involved Shawn Spears and/or Wardlow. Shawn Spears could use a boost in popularity as he seems to always be a dull spot on shows. I think since his original debut he has lost a lot of steam and is having a hard time getting over with the crowds. This would be a much-needed career boost for him and make him look as strong as we know he can be. Also, maybe this is your chance to finally show us what Wardlow really can do. He needs to finally break away from the MJF security role and be his own character. So far in ring work from Wardlow has been overall great. However, we just have not seen very much of it. I know there is a beast in there that cannot wait to show how much he should be a champion.

The Trio Tag Titles would be AEW’s perfect chance to give Orange Cassidy exactly what he deserves. Championship gold. I’m a huge Orange Cassidy fan and if you aren’t you may not have noticed just how much of a draw and workhorse Cassidy is for the company. He has obviously been in some memorable feuds up to this point so far and none of them disappointed. Whether they were a feud of his own or him stepping up to help his partners the Best Friends and Kris Statlander, Orange Cassidy is a huge part of it each time. Cassidy not only has an amazing ring IQ, he can work the mic as well as we learned during his feud with Chris Jericho and the Inner Circle. It’s fascinating to see a guy whose whole schtick is let his actions do the talking, then unload on Jericho on the mic and make it great. Orange Cassidy has all the makings of a champion and I do not think it will take very long before he holds championship gold. My one hang up with this is I’m not sold on Wheeler Yuta. I think he is great and a fantastic wrestler and a decent fill in for Trent while he is out injured but I do not believe him as a member of the Best Friends. Chuck and Trent are meant for each other as a tag team and had some great matches prior to Trent’s injury. So, in my personal opinion you need Chucky and Trent (and Trent’s Mom) back to win this thing as the original Best Friends with Orange Cassidy. Make them win on the same night Kris Statlander wins the women’s title from Britt Baker and we got ourselves a hell of a celebration. What happens with Wheeler Yuta after all this? I guess I don’t really care.