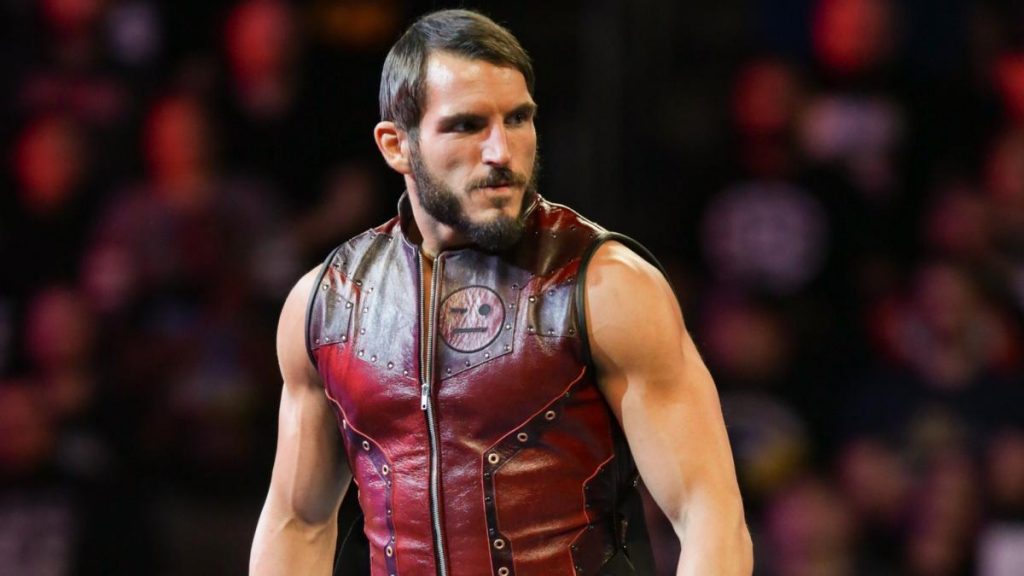 His gear is the highlight of any Takeover he’s been in. Here are the 10 that stick out.

Possibly the coolest Takeover attire so far. Entering his rematch for the NXT Title at Takeover Toronto II, Johnny Gargano became Weapon X in the comic book character’s home state to reclaim his own identity: Champion. Everything from the claw marks on the vest to the boots themselves makes this the best Johnny Takeover gear as of now.

The last Takeover featuring a heroic Gargano might possibly be the best easter egg for his current heel status. Facing a heel Finn Balor, Gargano faced his toughest challenge while wearing an underrated comic book villain in his gear. If you can’t beat ’em, become ’em. The red matched entirely to the mood Gargano was about to act out in the main event that night between Ciampa and Cole.

Following the trend of Gargano’s love of comic books, the one he wore to win his first NXT Championship was a perfect send-off to the MCU ahead of the “Avengers: Endgame” release a few weeks later. It also showcased how Gargano was calling himself an iron man in the 2 out 3 falls match he was in that night facing Adam Cole. The chest plate logo he’s had forever, as always, was remixed perfectly with the robot-looking wink. It was truly a terrific night in terrific gear, Johnny.

Tweener Gargano in late 2018/early 2019 was interesting, yes, but that didn’t stop our beloved wrestler from debuting new gear. His homage to The Punisher had possibly the coolest look to it, from the vest to even the back of his shorts displaying “Johnny Takeover” in the Marvel and Punisher respective logos. The ensuing match with Aleister Black did end in defeat, of course, but the gear helped make it more memorable.

Ahead of his street fight with Tomasso Ciampa, Gargano displayed an interesting attire that paid tribute to the ‘Secret Avenger’-era Captain America seen in “Avengers: Infinity War.” Blending the navy colors of the Super Soldier as well as the faded star on the chest, Johnny Wrestling did his best impression of the beloved Marvel character.

This was where Johnny Wrestling became Johnny Takeover, going toe-to-toe with NXT Champion Andrade ‘Cien’ Almas that fateful night in Philly. A simple but effective attire, the Rebel Heart displayed Star-Lord’s iconic vest in typical Gargano style ahead of the first 5-star NXT match in history.

7. The Mandalorian (In Your House)

The first non-MCU gear, newly established heel Gargano donned the jacket and cape of the main character in the hit Disney+ series. Bringing the key out in his entrance was the icing on the cake. The white meshed well with the cape itself, even if his match with Keith Lee wasn’t what he expected as he fell in defeat. Regardless, this showed the WWE Universe that Gargano isn’t just comic book crazy…he’s just pop culture crazy.

Another Takeover, another top-notch gear display. Killing two birds with one stone, Johnny perfectly paid homage to another Marvel character as well as the city he was in for his match against Ricochet for the NXT North American Championship. The colors were a perfect fit for him, and of course…that damn wink logo.

The second non-MCU gear was a fitting tribute to Gargano’s hometown team. The brown and orange combination that fits so well for the historic NFL team did its job for Gargano ahead of his triple threat match with Leon Ruff and Damian Priest. For a match where anyone could be pinned for the title, it was home-field advantage for Gargano in the end as he went on to become the only three-time North American Champion in NXT so far.

10. Shawn Michaels (In Your House II)

Kudos to The Way. Not only did Gargano do his best ’90s-era Shawn Michaels’ impression, but his wife and stablemates did their best cosplay of the controversial wrestling group, The Kliq. Indi Hartwell’s Razor Ramon, Candice Lerae’s 123 Kid, and Austin Theory’s Diesel just added more flavor to what Gargano was trying to accomplish with his gear. From the cool jacket to the zebra-print knee pads, Gargano knocked this out of the park. And that’s…The Way…to do it.

I’ll see myself out, now.