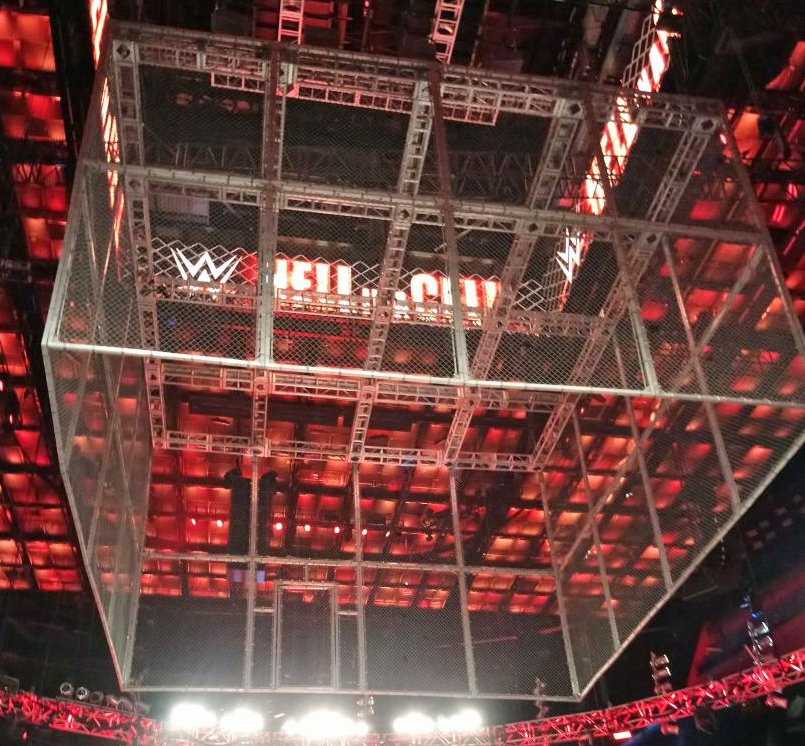 Hell in a Cell. Just those four words alone conjure up images, bring back memories, and stir up a specific feeling in every wrestling fan. Most of us probably went straight into a cell match whenever we got the latest WWE game, or imagined ourselves climbing the cage when we saw a chainlink fence. No matter when you started watching, or which generation you think was best, Hell in a Cell has a special place in all of our hearts.

And that’s for good reason. Hell in a Cell has been directly responsible for some of the most iconic matches and moments in WWE history. So much so that they don’t really need listing here as they’re already playing in your head.

But recently, the legacy and reputation of the Cell has been in decline. A combination of factors, such as over exposure, adaptive rules, and even actual structural changes have all slowly or immediately taken the wow factor away from what used to be one of WWE’s most powerful and imposing gimmicks.

The past is the past; but the damage done doesn’t have to be permanent, and the reputation of the Cell can be restored. Here’s a list of 10 ways in which WWE can present the match in the future and restore it to its former glory.

The first fix is a pretty simple one. Get rid of the red paint!

It was back in 2018 when Hell in a Cell got a redesign, being made with new wiring that not only made it stronger, but lighter. Unless you’re a qualified metal worker you probably didn’t notice that change, but what was obvious was the new bright red paint job that the Cell received.

In theory a red cell sounds pretty cool, with the colour having obvious connotations with blood, anger, and violence; but the more you look at it, the more it seems kind of lame, akin to when someone adds flames to the side of a classic sports car.

It was pretty unnecessary too, as the untreated, exposed metal wiring looked more realistic, more raw and more sinister. The coat of paint seems like an attempt to make it more marketable and toy-like, and as a result, it looks less cool.

One of the most obvious and main contributing factors to the decline of Hell in a Cell is the very event that carries its name. 2009 hosted the first Hell in a Cell themed PPV, and at first, it seemed not such a bad idea. Cell matches up to that point had a solid reputation for an entertaining show, so to be guaranteed at least one of these every year sounded good to fans.

But it’s now 2021, and having had at least one Cell match every year has very much taken the shine off. Cell matches come around like clockwork, which takes away the unpredictable and spontaneous nature in which they were usually announced. In order to become a special attraction again, we need to never see it coming.