Top 10 Dream Matches That WWE Could Give Us Now. 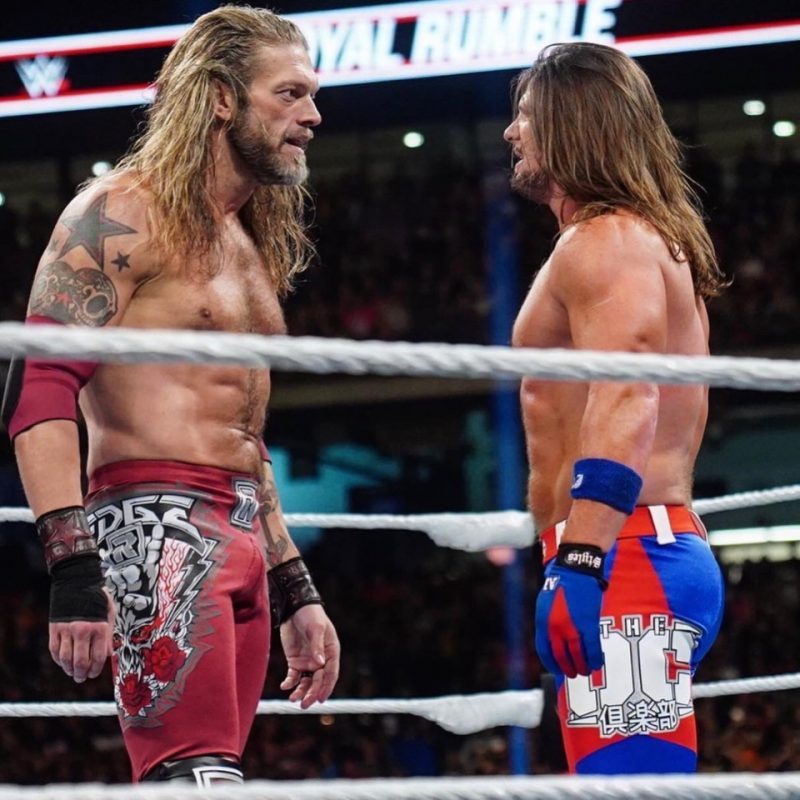 The period after WrestleMania is usually an exciting time in the business. Full of returns and dream match set ups. Think Brock Lesnar’s return. The Rock agreeing to fight John Cena or Goldberg spearing the Great one. This year we got to witness the addition of WrestleMania to the pay per view title Backlash and 7 weeks of ESPN play by play announcer Adnan Virk.  It didn’t exactly scream must watch. Sadly, it feels like the WWE is keeping their gun loaded for live crowds. It seems bizarre that we had not heard anything from Brock Lesnar, if I were a betting man I would say he is getting paid once crowds return. Same for John Cena and Bill Goldberg.  But until we can fill into arenas and judge those wearing John Cena shirts. Until that joyous moment, what are the dream matches WWE can give us right now? Now in coming up with this list I am looking at the current roster. So no CM Punk rumors. OK? Because truth be told I would pay a lot of cash to see Punk GTS a broomstick at this point. But by adding returning legends it would make this exercise a little mundane. Contrary to popular belief and the amount of rematches and false finishes we are given each Monday night; the current roster has some dream matches sitting right there.

Ever since GOD (Not Good) Himself Mick Foley tweeted that RK-Bro have some Rock’n’Sock connection vibes I have been hooked with wrestling’s latest odd couple. For a kid who fell in love with the WWE in the early 2000’S, Rock’n’Sock connection has a special place in my wrestling fandom. Their buried alive match against the Undertaker and Big show is a guilty pleasure of mine. There is no denying that in the short time RK-Bro has existed, Randy Orton and Matt Riddle have made raw far more enjoyable. Woods vs Riddle was the surprise contender for match of the year on RAW. I believe we all know where WWE is going with this team. The routine is tried and true. There will be a NEW DAY #1 Contender’s match which considering how good Woods and Riddle gelled and the history of Orton and Kofi could have also made the list of impending dream matches. RK-Bro should win that battle. This will lead to a fun match up against current Tag team champions AJ Styles & OMOS.

RK-Bro deserve the titles. But once on the top of the mountain there is not much for them. Sure we can all fantasize about a tables ladders & chairs with NEW DAY & the Viking Raiders, which can harken back to those classic initial tables ladders & chairs matches first introduced by Mick Foley (you can see why we all believe in his deity). In reality there will very few matches up for RK-Bro once they become champions and we will be on the road to Orton finally backstabbing Riddle. However, along the way WWE can give us a dream match.  RK-BRO vs Thatcher & Ciampa. RK-BRO in search for challengers can issue an open challenge.  The NXT pairing would then answer. The Sicilian Psychopath Tommaso Ciampa and Randy Orton finally in the ring together. They have been circling for years now. You have Orton and three of the greatest technical wrestlers the company has.  Orton and Ciampa can both play on their psychotic tendencies. Will Orton be able to mesh with the typical “Indie darling”? All this and we haven’t touched on the last time Riddle faced Thatcher was in a pit match which saw Riddle smashing out Thatcher’s front teeth in a losing effort. This is a 5-star match waiting to happen.

9. The Bloodline vs. The New Day

Our favorite throuple of the past twelve months may have been Rita Ora, Taika Waititi and Tessa Thompson, but the bloodline of Roman Reigns, Jimmy and Jay Uso are a close second. Now I know they have not officially joined forces but it’s a technicality. This is still the WWE, after all.  We know will be getting the same recycled formula for the invention of “Main event” Jey. A conflict revolving around the questioning of Roman as the real head of the table by an underling, ending in a three-way love feast a la Rita Ora, Taika Waititi and Tessa Thompson. Once that happens we will be demanding to see those 3 in action together. Ironically, in a world where Trios titles and Six-man tag wrestling seem to be on the agenda for every wrestling promotion except WWE – they appear to have on their roster two of the most accomplished three man groups in professional wrestling. The above mentioned Bloodline featuring Roman Reigns, Jimmy and Jey Uso and the New Day. One of the smartest things WWE have done during the brand split was to keep the New Day together while having Big E going it alone on SmackDown. This now allows the New Day to challenge the bloodline.  The New Day have history with the USO’s, they are the anti-thesis of the current “acknowledge me” Universal champion Roman Reigns, choosing to play the court jester for the amusement of the WWE universe. Paul Heyman, Xavier Woods, Big E, Kofi Kingston and Roman Reigns will be must see Promo work. In this feud the microphone becomes an added weapon. This feud could even take a serious note if need be. You could play up which group – Pacific islanders represented by the bloodline or African Americans represented by the New Day had a bigger impact in the history of the wrestling. It’s a unique take on the classic USA vs the World route we are use to seeing.  This is all said without mentioning the obvious, that it is fireworks anytime the USO’s battle the New Day. Their hell in a cell tag match is a modern classic. Could we possibly get a first ever Six-man tag hell in a cell? Sign me up.