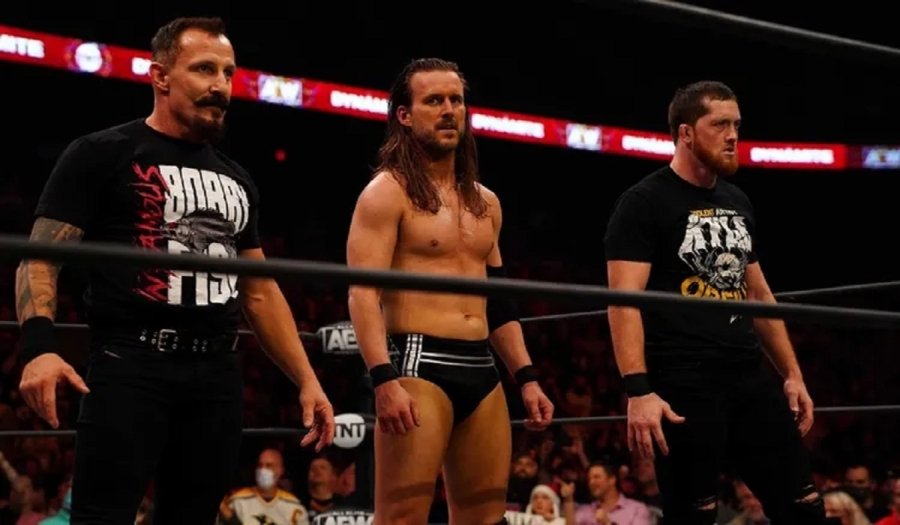 The Undisputed Era is undeniably one of NXT’s greatest factions ever as they have dominated the black and gold brand for over two years. Unfortunately, most of its members have been fired by WWE this year which meant that they would no longer be a thing in the WWE.

However, Adam Cole debuted at the All-Out PPV, Bobby Fish then joined weeks later and finally, Kyle O’ Riley joined the crew in the most recent episode of Dynamite which means that 2 out of 4 members of the Undisputed Era are now in AEW.

AEW’s president Tony Khan talked about O’Riley recently joining and the reformation of the Undisputed Era in AEW. He said;

“I’m very excited about Kyle joining AEW. I’m excited that Kyle debuts this week on Dynamite. It’s a huge match, Adam Cole, Bobby Fish, and Kyle O’Reilly debuting as a trio in AEW against another one of the top trios in AEW, Orange Cassidy, Trent, and Chuck the best friends.  It’s a dream match for a lot of our fans. It’s also something that I had no idea would be possible at the start of the year. It is absolutely a dream come true to reunite Cole, Fish and O’Reilly in AEW and I think it’s very fitting that they debut as a trio, and that Kyle O’Reilly makes his AEW debut, period, in Daily’s Place this week, on the last show of the year. “I think this show is going to have a really surreal feeling. I don’t want to compare it to some of the other surreal nights in pro wrestling and you had that feeling that history was being made, but I do think after all the great shows we’ve seen in Daily’s Place, this will be a really special moment when we see Adam Cole, Bobby Fish, and Kyle O’ Reilly, and a number of the other three agents who joined AEW recently like CM Punk, and Bryan Danielson, and Ruby Soho, and many others making their first appearance in Daily’s Place. I think it’ll be surreal and it’ll just be a really cool moment. I don’t think anybody at the start of the year expected they were going to see CM Punk and Bryan Danielson appearing on Dynamite in Daily’s Place. But here we are, it’s the end of the year and that’s exactly where you’re going to see him this week. So I think it’s very, very cool.”

We will then have to see whether Cole stays with the Young Bucks or if he’d rather join his former teammates and reform this powerful group.