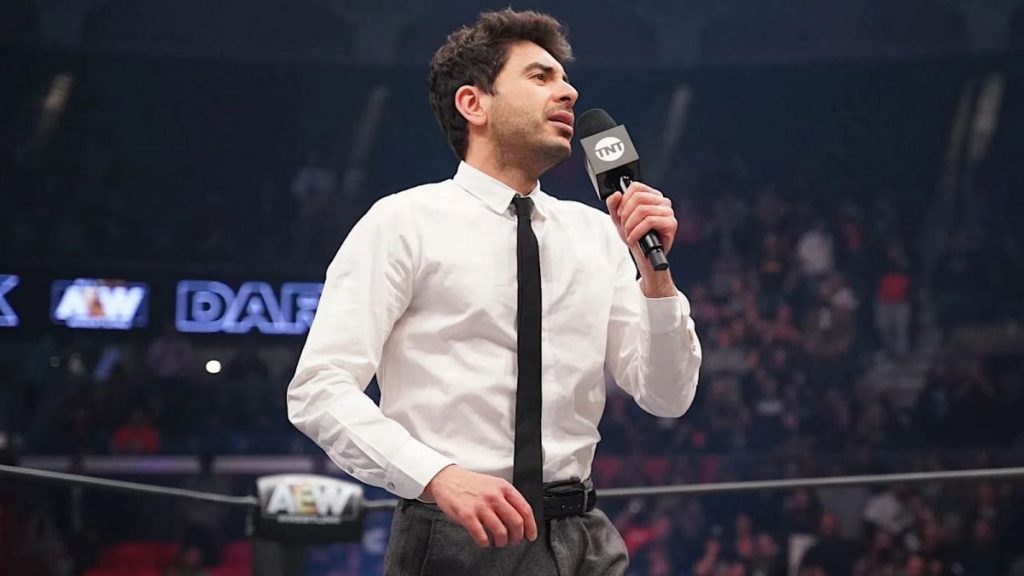 Tony Khan claims he is often compared to Paul Heyman and feels that he’s learned a lot from people in the business.

Only Khan may not have been a promotor for long, but he has been around wrestling his entire life. He was a fan of ECW when the extreme company was still around and often did fantasy bookings in a notebook.

Khan’s a lifelong fan of the business, but despite his success, he never sat under anyone’s learning tree. Since AEW’s start in 2019, Khan has run shows off his instincts and learns from his mistakes.

While speaking on Busted Open Radio, Tony Khan claimed he’s been told that he’s similar to Paul Heyman in regards to booking. He then went on to explain the respect he has for Heyman as a promotor.

“The person I have people come up to me and say, as far as being a fan who was around pro wrestling and wrestlers for a long time and then jumped into the business, the person I think I get compared to most often of is Paul. Paul Heyman, not the other Paul (Levesque). I grew up on that ECW stuff. Our products are different, he’s a genius and I’m not trying to compare the mindset at all. Still, as far as trying to keep your finger on the pulse of fans, during a commercial break, even going out and talking to fans and trying to keep them excited during the show, it means a lot to me. I got to learn a lot from a lot of people in the wrestling business without having that official apprenticeship. I love the business so much.” (H/T Fightful.com)

For those who don’t know how Heyman got his start, he began as a photojournalist and writer for wrestling events. He also did a radio show in New York where he was discovered and made into an onscreen personality.

AEW is currently on its way to its next big yearly pay-per-view event, All Out. Khan is currently running a tournament for the first-ever Trios Tag Team titles, featuring AEW’s most popular teams and factions.

Tony Khan has been receiving mixed reactions as of late from both fans and industry insiders. Reports have surfaced that some on his roster are unhappy with his decisions while others continue to sing his praises.

Legends of the industry, such as Eric Bischoff and Jim Cornette have also criticized him for his booking choices. Fans on the other hand don’t seem to take issue with his booking but have criticized the president for his petulant tweets.

As Khan continues to grow as a promotor, fans will what happens leading into All Out.