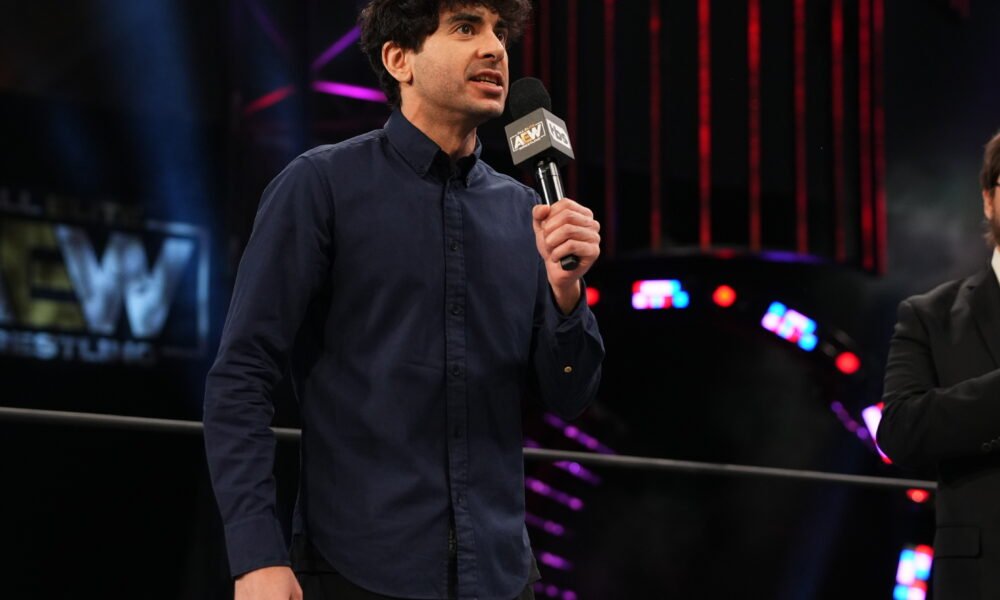 AEW President Tony Khan has joined Barstool Rasslin’ for an interview, where he discussed about the status of the AEW World Championship and its current holder ‘Hangman’ Adam Page.

Khan first referred to how he sees the AEW World Title as the most prestigious price in pro wrestling today, and then on how he considers ‘Hangman’ Adam Page as the greatest champion that has ever held the title. He also explained that he recognizes Page’s title reign as the best title run in AEW history.

“I believe the top prize in all of pro wrestling, against the greatest champion we’ve had, Hangman Page. The guy who knocked off Kenny Omega, he’s come in and he’s had, in my opinion, the best championship reign of anybody.”

Tony Khan also reflected on the rivalry between Hangman Page and former champion Kenny Omega, which he considers as one of the most important feuds in AEW’s history. He also paired it with other great stories- like CM Punk vs. MJF and Thunder Rosa vs. Britt Baker-as the top of AEW’s Mt. Rushmore.

“That’s arguably right there, that is also a long-term story- on MJF vs. CM Punk. And certainly with the fans there, that has been the best. But I think going back even further and longer, before that we had seen Kenny Omega and Hangman Page from the very first episodes of AEW Dynamite. That’s where they first teamed in Philadelphia, the third-ever episode of the show.”

“And through the pandemic, it was such a huge part of our fabric. They were the tag team champions through the pandemic and then split up. The first eliminator tournament was Kenny vs. Hangman for the first time since they’d been champions, where they met in the final at Full Gear 2020, a great show in front of a socially distanced crowd. So, it’s a long story.”

“I think definitely right there CM Punk vs. MJF Dog Collar match, along with Kenny Omega vs. Hangman Page. Also, Dr. Britt Baker vs. Thunder Rosa, which is a story that went over a year,… I think those would probably be, certainly on the Mt. Rushmore, the three up front.”

H/T to WrestlingInc.com for the transcription.