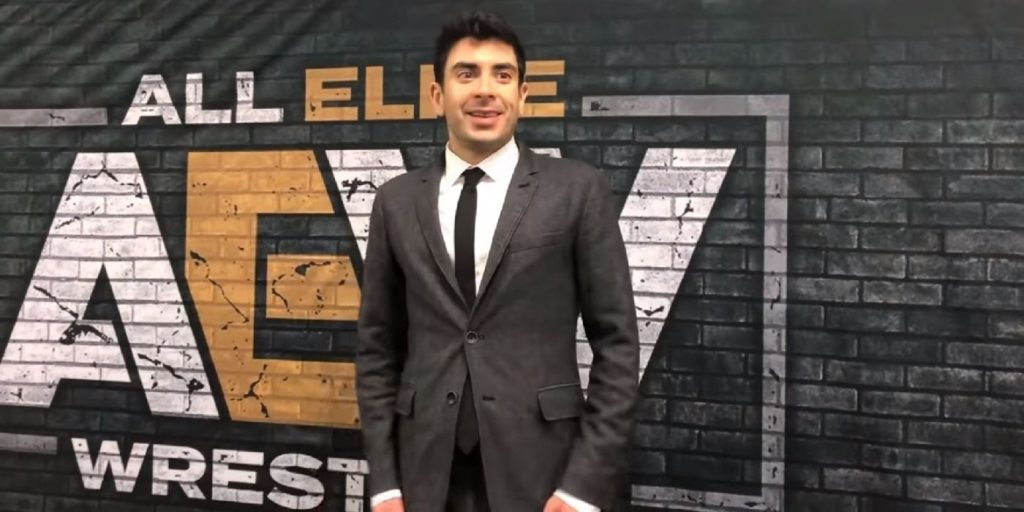 Tony Khan recently took part in an interview for PWInsider and commented on the growing rivalry between AEW World Champion “Hangman” Adam Page and Bryan Danielson. Their first match went to a 60-minute draw and received praise from fans and veterans alike. Khan noted that there were numerous options for booking the finish to the bout but was overall happy with how the match turned out.

“Well, there are a lot of things we could have potentially done in that situation. I guess there were infinite possibilities, but that is what we were going to do, and it was a masterpiece. I’m so pleased with that match. I’m thrilled that the fans enjoyed it. I was absolutely delighted that the ratings built as the match went on and the peak of the match and such a great rating for the show, for the final quarter of the match especially.

“It was just absolutely a big success for us, and now it builds to a rematch on such an important stage. This is a big night for us, the debut on TBS. So, the next few weeks are really important, and absolutely that match was something we needed to get right, and I think we did. People were looking forward to that match.

“And for Hangman, it was important for him to go out and have a great debut as champion. I think people were wondering if Hangman would be a one-match champ. The answer is no, but he is going to go back and wrestle that same opponent, and I said, ‘what’s going to happen?’

“After the one-hour bout, I don’t think anybody knows what to expect, which is exactly how we want it. I think it was the perfect result. Now that they’ve been through it and they put on that great match, I think there’s no question it was the right thing to do.”

While the owner of AEW is excited for what is to come at New Year’s Smash, he is aware that many fans may be looking beyond Hangman vs. Danielson II. It was revealed that if the competitor’s rematch ends in another draw, then a series of judges will determine who leaves the match as World Champion.

“We’ll have great wrestlers on hand. It shouldn’t be about the judges so much as it’s about Danielson and Hangman. We want great judges on hand who are experienced and know the sport and what to look for. If this thing goes 60-minutes again, we want to give the fans real peace of mind knowing that there will be a winner this time.

Khan then turned his attention to Dynamite’s move to TBS next week.

“The last Dynamite on TNT is very sentimental for many reasons, especially to do it at Daily’s Place, and with the return of JR, and the card we have set. But I think many people are going to be focused on that debut on TBS, especially knowing that Danielson vs. Hangman II is on the card. (H/T WrestlingInc.com)