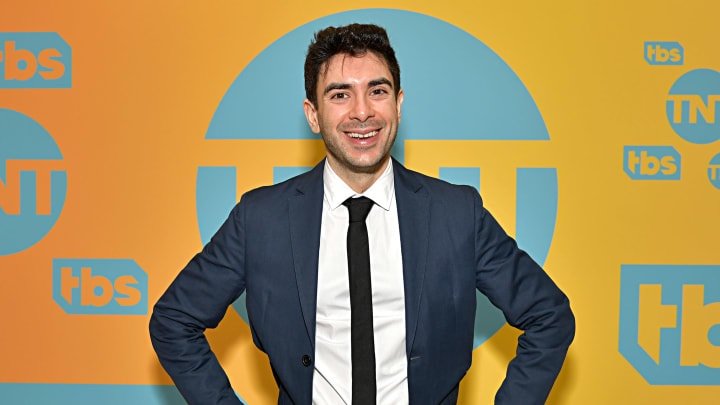 AEW President Tony Khan has revealed that AEW will undergo a ‘Huge Expansion’ starting with this Sunday’s Double Or Nothing PPV, and stated that the company has to begin to expand the roster and there will be ‘great surprises’.

Tony Khan was a guest on this weeks AEW Unrestricted Podcast, and he revealed on the episode that due to AEW getting another hour of television on TNT, the roster will need to be expanded.

In full Khan said “There’s gonna be a huge expansion of the company and I think that’s where Double Or Nothing comes in. Our huge signature pay-per-view, we take our quarterly events seriously. I want Double Or Nothing to be one of the great pay-per-views we’ve done and I think the return of crowds is gonna help boost this great card. But I also think that we have to start expanding the roster in AEW and there’s gonna be great moments and great surprises on the show and I believe that we’re also just bell-to-bell gonna deliver an awesome wrestling pay-per-view for the fans at home and for all 5,000-plus in Daily’s Place.

“With Rampage coming in, it’s a great time to expand. We’re gonna do all kinds of expansion, whether it’s the new show, new programming. We’re gonna launch quarterly specials with TNT, these super cards that I’m very excited about. And that is something that we all want and as we plan ahead with TBS and TNT – it’s great to have more programming ahead with TNT.” (H/T Inside The Ropes)

At AEW’s last PPV ‘Revolution’, a star signing was also teased and ended up being former WWE & TNA star Christian Cage, who will be competing in the Casino Battle Royal this Sunday.

AEW has regularly received criticism from fans over creating too much hype for their surprises, with casual fans often feeling let down by it, however their more recent surprises have been well received.