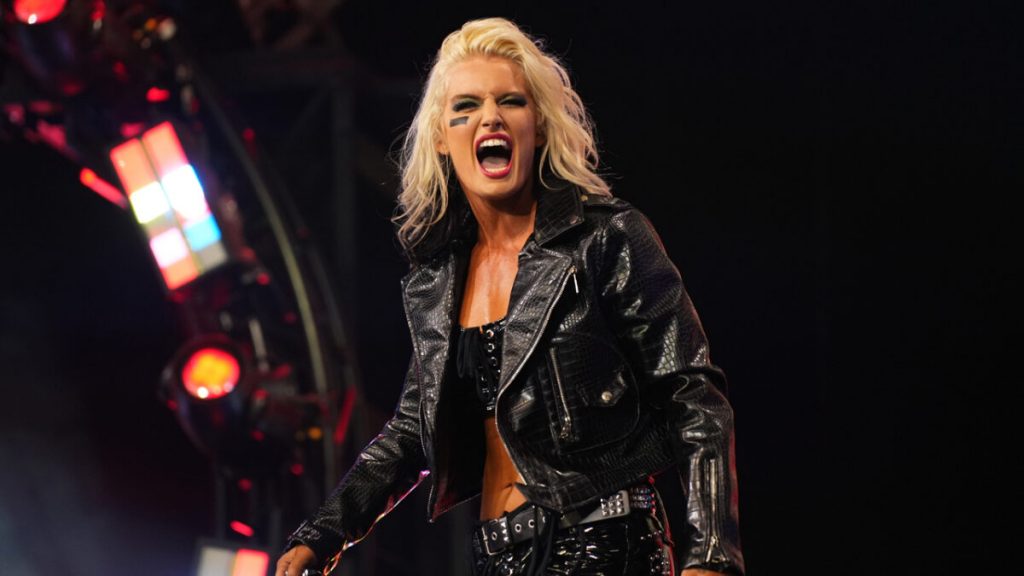 Toni Storm has recently opened up on the things that she disliked the most during her WWE run.

Toni Storm is one of the most famous and talented female pro wrestlers in the business, and in the entire world.

She has definitely left a mark in many big promotions around the world, such as Stardom and WWE.

Now, after some months of her arrival at All Elite Wrestling, Toni has spoken with Renee Paquette about the things that she disliked during the course of her time as a WWE Superstar.

“I just wanted a bit more control over my life because I felt like there was none. It’s hard to explain cause it’s like you gotta be there to really know,” she explained.

Toni also said that she had never considered a life outside WWE, but that their hard schedule became a breaking point for her.

“I never considered a life outside of WWE. I never even dreamed as to what that would be like because my life was just be in WWE, and that’s what it’s been like since I was a ten-year-old girl.

It was just all built-up, pent-up frustration. I’m not being funny, but they ‘call you out’ like a paramedic. You’re ‘on call,’ like I’m not an open-heart surgeon, you know? This is wrestling.

You don’t need to have full control over every second of my life, and people think I was just burnt out over a hard schedule, … I’m chasing those busy days. I’m chasing working a lot and working really hard. I love that, but not like that.” (Via Renee Paquette’s The Sessions, H/T WrestlingInc)

Toni Storm has had a good run at AEW so far, reaching the semi-finals of the Inaugural Owen Hart Cup.