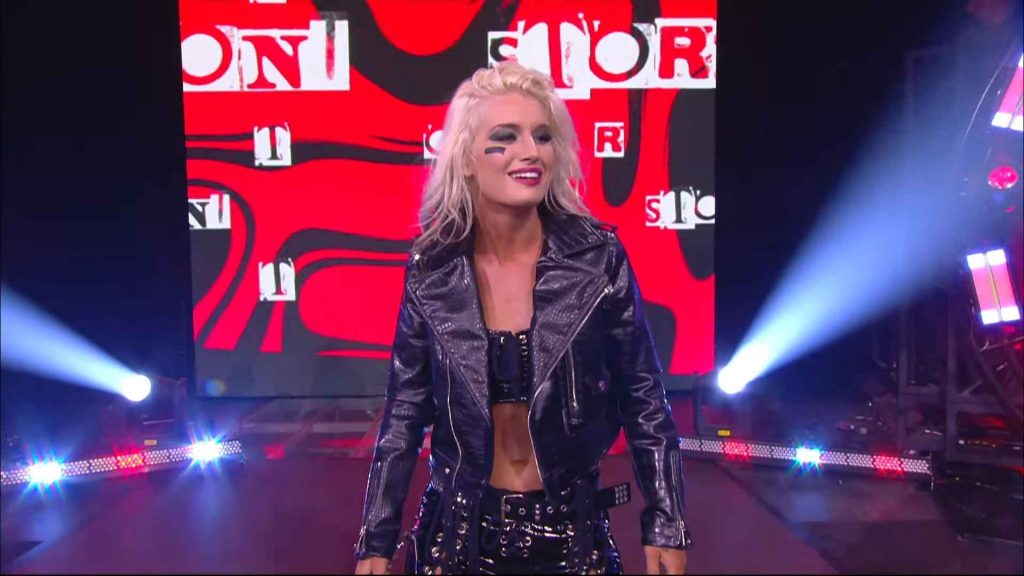 The former NXT UKs Champion and AEW star thought about leaving the industry after her WWE release.

Toni was a guest on the “AEW Unrestricted” podcast, where she reflected on her career, especially it’s meaning after leaving WWE.

The now AEW star quit WWE at the end of 2021 while having a feud with Charlotte Flair. When she was asked about the situation Storm recall

“At first, definitely I was like, ‘Oh, well this is shockingly terrible, I am gonna leave forever, this is me done,’” she said. “I mean, it didn’t last long … I ‘m not done, I’m never done. I’m a lifer, I’ll probably be around until I am old as hell and I’ll probably have kids that wrestle and I’m here for life. What else am I going to do? I don’t have any other qualifications, I don’t like anything else.”

Toni has always been open about her mental health and her journey, principally after some incidents that lead her to leave social media.

While talking, she described her context in WWE as “an out-of-body experience” where she was losing her mind, and the only solution was to focus on taking care of herself and not quitting wrestling.

“I went through a hell of an ordeal not so long ago, and it was quite the toxic, stressful situation,” Storm said. “I feel like I’ve really been doing well coming out of that, better than I thought. Really growing, really maturing, and taking really good care of myself, more than I ever have. So,I think it’s important for me to be like that so that I can deliver these matches to the best of my ability because, to be honest, there’s been times in the past where I just haven’t been in a good spot mentally, and I’ve seen it in my work.”

“I’m looking back at some of the stuff I’ve done and I’m like, ‘Wow that was terrible, I was totally not in the right mental state,’ I was not in a good state of mind, I wasn’t taking care of myself, I was really down, I wasn’t talking to people, I wasn’t asking for help. I don’t know, something happened last year, I guess, where I just kind of snapped out of it and I was like, ‘Right, I am going to take care of me, and me first, because I’m not good to anyone unless I do that.’ So I’ve undergone this transformation of just like, ‘Keep a clear head and get your sh*t together, Toni.’” (Via “AEW Unrestricted” h/t Wrestling Inc.)

Storm is now part of the women’s roster of AEW and has become heavily featured, owning a spot on the upcoming Double Or Nothing card this week when she takes on Britt Baker in the semi-finals of the Owen Hart Cup Tournament.