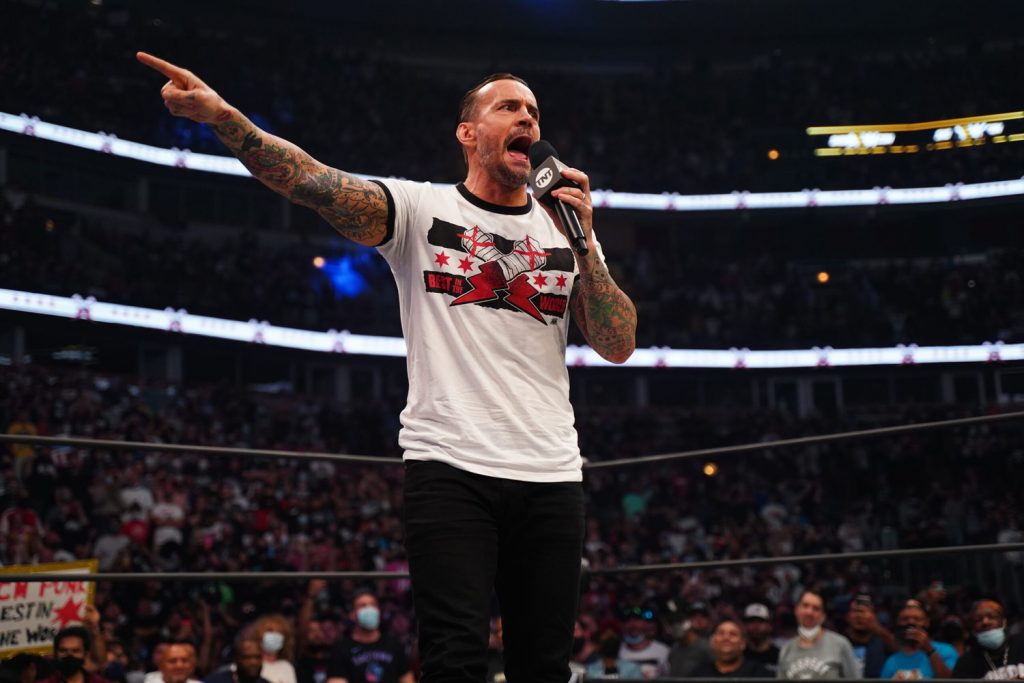 It appears since CM Punk joined AEW, not only has he made the fans and Tony Khan happy, but also the higher ups within TNT.

AEW CEO: Tony Khan took part in a interview with Wade Keller of PWTorch.com, the most common topic discussed was CM Punk impact within AEW and how his run in the company is viewed by the higher ups within TNT.

Khan discussed how some individuals appear to be downplaying CM Punk’s effect on AEW:

“Our numbers are so much better than they were, you know, going into the last few months and there’s been an unquestionable lift since CM Punk came in. For some reason I see people trying to discredit punk all the time that he hasn’t been a huge lift to our business. And he has been and he’s only scratching the surface. I have intentionally in working with him tried to hold back a lot of these marquee things biggest marquee matches and stories. Tonight. We are going to get into some of that Eddie Kingston is here in St. Louis and he is healthy he is ready to be here. And I want to see Punk and Eddie Kingston tonight face to face in that ring. And I am very excited going forward and maybe at Full Gear to see them lock up and I believe that is a match fans want to see and we’ve been getting Punk reintegrated building the winning streak. And I think it’s worked great. And again, when you look at the rating, we did for our first Wednesday back that was a really strong number last week and he was such a huge part of it kicking the show off and wrestling through the entire first segment in a great match. So, he’s just lifted our business so much and I see people constantly really petty stuff trying to discredit him and it’s ridiculous because he’s done so much for us.”

Next, Khan mentioned CM Punk’s effect on the All Out 2021 buy rate:

“Double Or Nothing was about as good at pay per view at that time as we could do this year. It was the first pay-per-view in wrestling in a year that in over a year that had a full or you know, outdoor stadium and thousands of fans going nuts and it was all pretty surreal to watch Double or Nothing this year, and it was just a great show. And it did great numbers and you know that and Revolution, our first two shows of the year will way up from the year before. But they weren’t the kind of numbers we did for All Out. All Out the first time we’ve ever hit over 200,000 [buys]. And there was clearly a ton of interest in Punk’s returned to the ring. And I think, between the huge number we did for All Out, and the massive number we did for the First Dance Rampage, and the insane merchandise sales we’ve done since he came in [and] the big lift in our subscription video services. You know, we’ve seen a huge rise and subscribers to our international streaming since he came in. And I just see tons of business opportunities.”

Finally. Khan would discuss the impression CM Punk has on the executives at TNT:

“I was on with TNT yesterday. They’re so excited about the direction we’re going in the future of the business. And there’s so many possibilities they see for the AEW franchise and he is one of the big stars they want to build around. The TNT executives also had a great call with Punk and talked to him and they want him to know he’s like a really valued member of the TNT Warner Media family, the TBS family. And that’s really cool. You know, I’m glad to see our network getting behind the stars.”

It seems that CM Punk is leaving a good impression with everyone involved with AEW, who knows what the future could hold for the best in the world in AEW.