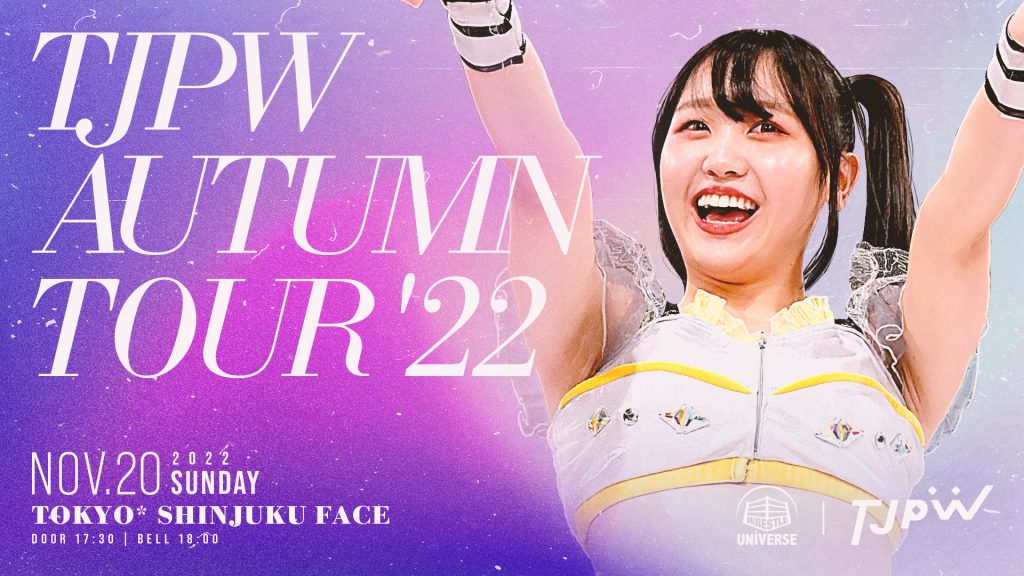 Another event of the TJPW Autumn Tour has recently taken place. Champions and challengers teamed up on the final stop before ALL RISE ’22.

Welcome to another edition of Wrestling Republic’s coverage of Joshi Puroresu. This time, we’ll put the focus on Tokyo Joshi Pro-Wrestling and its latest Autumn Tour event.

The promotion has recently hosted another show of their TJPW Autumn Tour, which took place from the Shinjuku Face in Tokyo, Japan and presented six very interesting matchups on the company’s final stop before ALL RISE ’22.

So, with nothing else to say, here are the full results of TJPW’s November 20th Autumn Tour event in Tokyo’s Shinjuku Face:

This is all for our coverage of TJPW’s November 20th Autumn Tour event. Stay tuned to Wrestling Republic, as we’ll keep you updated with the latest news about TJPW and all of Japanese wrestling.

Where Can You Watch Every TJPW Autumn Tour Events?

Fans will be able to watch this -and every other TJPW event- on the company’s official streaming platform, Wrestle Universe. In addition to TJPW, you will also be able to enjoy the best content from DDT Pro Wrestling, Pro Wrestling NOAH and Ganbare Pro Wrestling.

You can also visit TJPW’s official YouTube channel to check some of their shows’ highlights and more original content.

Additionally, make sure to visit TJPW’s official website –as well as their Instagram & Twitter accounts- for more information about the promotion, wrestlers, merchandise and additional details about their upcoming shows.