Tickets Officially On Sale For Pride And Vibe Weekend 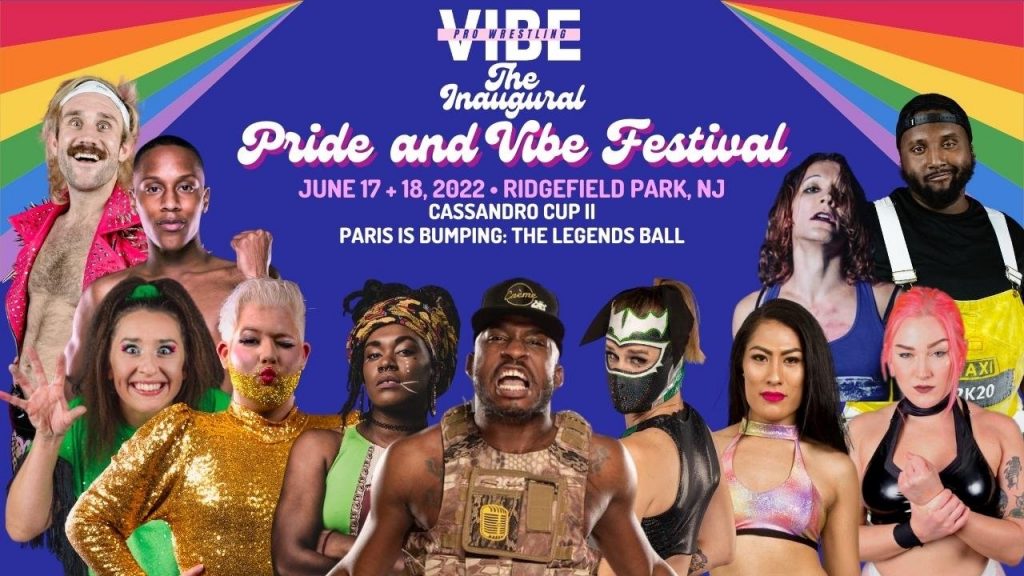 That Christmas feeling is finally here!

Pro Wrestling Vibe has announced on all social media platforms that tickets are officially on sale for the inaugural Pride and Vibe Festival on June 17 and 18 in Ridgefield Park New Jersey.  As previously reported, Pride and Vibe is the first-ever Pride Weekend wrestling show created by Billy Dixon who is not only the producer of Pro Wrestling Vibe but is the 2021 Outsports LGBTQ Wrestler of the Year.  Events during this weekend include the second annual Cassandro Cup and Paris is Bumping: The Legends Ball.

Additional prominent names for this event have been announced as well. These names include Effy, Allie Katch, Trish Adora, and AC Mack who recently became the first openly LGBTQ male to win a wrestling championship.

Listed below are the announced appearances so far:

Tickets for the event can be purchased here. Wrestling Republic will continue to provide updates to this historical event.