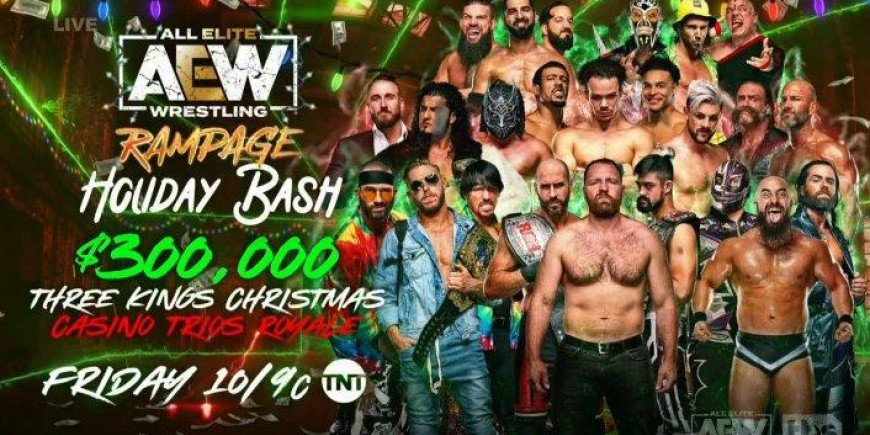 Although the regulations have not been disclosed, it is anticipated that the match would be structured similarly to other Casino Royale matches that AEW has previously held. Also unknown is whether a joker will participate.

Additionally, Anthony Bowens and ‘Daddy Ass’ Billy Gunn will face off as a tag team against Jeff Jarrett and Jay Lethal. Last week on dynamite, Jarrett, Lethal, Sonjay Dutt, and Satnam Singh attacked Bowens and Max Caster with a guitar shot to the head.

On Friday’s program, Jade Cargill will be in a TBS Championship eliminator match against VertVixen.

Before Wardlow’s TNT Title bout on the December 28 edition of Dynamite, we will hear from him, and we’ll hear from Eddie Kingston & and Ortiz, the two of them.