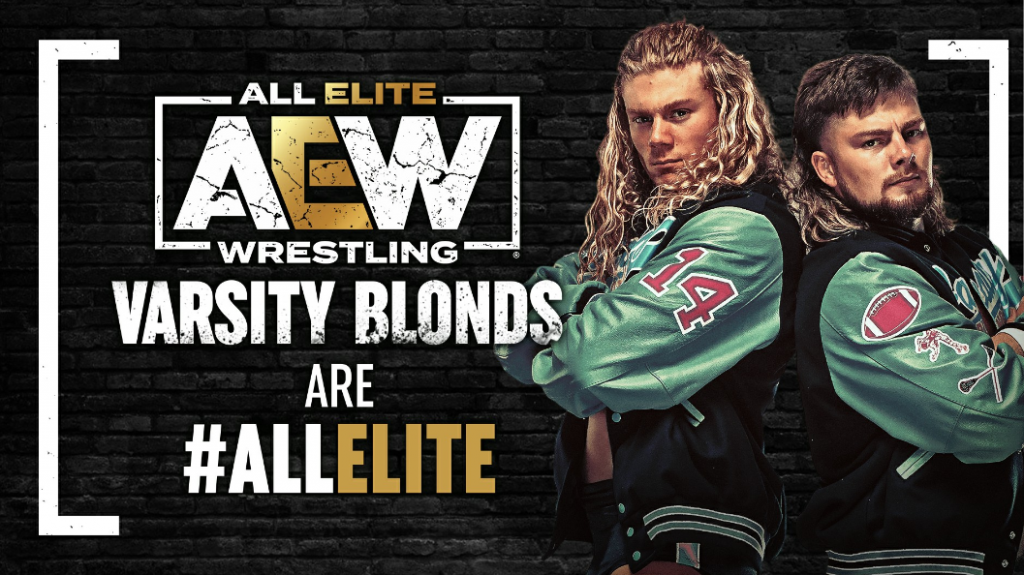 AEW have confirmed via social media that Brian Pillman Jr and Griff Garrison of The Varsity Blondes have officially signed a full-time deal with the promotion.

Griff Garrison debuted for All Elite Wrestling on the June 10th edition of AEW Dark, losing to Jimmy Havoc. From then on he had a notable match against MJF, before teaming up with Brian Pillman Jr to form The Varsity Blondes.

Fightful Select has reported that the signing of Griff Garrison and Brian Pillman Jr has come of no surprise to those within the promotion and was very much expected.

Brian Pillman Jr has responded to this via Twitter…

Blonds might have more fun, but it’s no more fun and games for the Blonds! We’ve got ONE THING on our minds and that is maintaining a spot as the top ranked tag team in the company and ultimately challenging, yet again, for the AEW TAG TEAM TITLES!!! 🔥🔥🔥🏈⚾️🔥🔥🔥 https://t.co/KL57cbDtLH