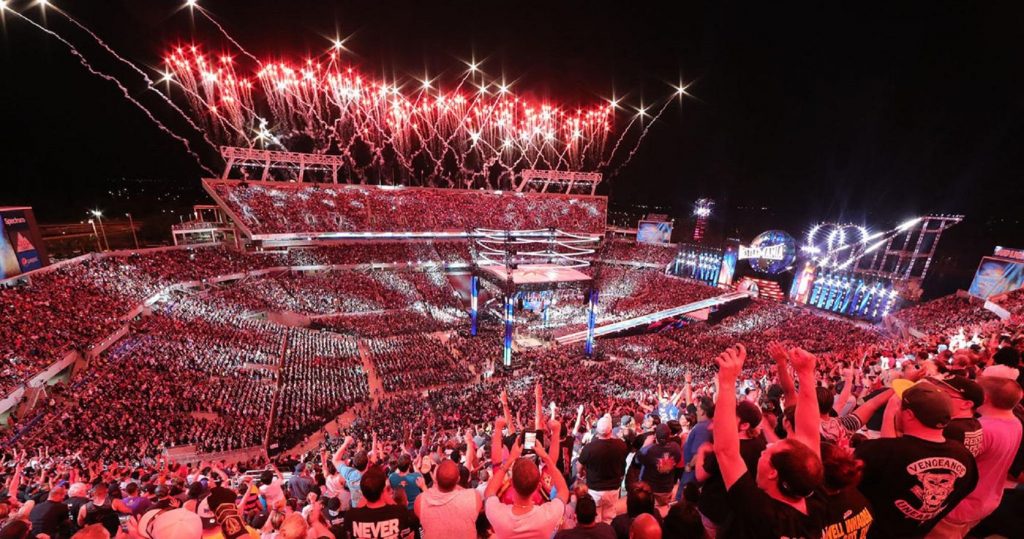 The first quarter of the year in the professional wrestling is an exciting time. The road to WrestleMania has always been filled with memorable moments and legendary returns. This is the time of the year that the Undertaker would come out of hiding, Brock Lesnar would actually show up even if it meant working a Monday night or two, the seeds for a Shawn Michaels classic would be sown and of course, you have WrestleMania itself. In the attempt not to fall behind the rest of the wrestling world tries to stake claim to this period too. Every other wrestling promotion has either through osmosis or necessity adopted this period as a special part of their year. WrestleMania weekend has more wrestling than any other weekend in the year. This four-month period is Nirvana for professional wrestling fans.  This year however, had me concerned. When stories started circulated that Shane O’Mac had been “quietly” let go. So quiet that I heard about it from my couch in Toronto, Canada. The news was not just that the son of the boss had been let go, it was that he had been erratic, sweating profusely and his departure had left a major hole in the up and coming WrestleMania card. Let that sink in. Shane McMahon was a lynch pin to WrestleMania 38. I got the same feeling when I saw the news that Dennis Rodman was a lynch pin to peace talks in North Korea. Love the Worm but the man who married himself cannot be integral to world peace, and in the same way neither should Shane O’Mac been extremely valuable to WrestleMania. All the while Tony Khan is still as active as ever on twitter. So in between Shane McMahon doing his best scarface impersonation and Tony Khan claiming his enemies are paying bots to defame AEW I wasn’t exactly confident in this years’ road to WrestleMania. Thank God as always the first 4 months of the year delivered for all us professional wrestling fans. The Wrestling republic have put together our top ten best moments of the first quarter.

From RK-BRO being the top baby faces in the WWE to FTR leaving a trail of 5 star matches, Tag Team Wrestling has gone through a renaissance. It is truly remarkable how little is needed to rebuild a tag team division. Raw has had three legitimate tag teams in RK-BRO, the Street Profits and Alpha Academy. Yet the division has been enthralling for the past 6 months. The Steiner brothers finally got inducted into the WWE hall of fame. In AEW the tag team division is an absolute monster. The Hardy boys are reunited and still having banger tables matches. The acclaimed might be the best new and up-and-coming tag team in professional wrestling. RedDragon and the Young Bucks are simply sitting around waiting to be used at a moments notice. All the while the Briscoe Brothers perhaps the greatest tag team in the world are not even featured on a weekly TV program. For an at times forgotten art form that is tag team wrestling, the past few months have been a blessing.

Chris Jericho has created yet another iteration of himself. He is now a sports entertainer and surrounded by kiss-asses in his very own Chris Jericho Appreciation Society. Yes, that’s the actual name of his group.Chris Jericho is not the first name that comes to mind when thinking of the greatest of all time. Jericho does not fit with the usual suspects of most peoples Mt. Rushmore. The Undertaker, Flair, Rock & Stone Cold level. Nor does not get much love as your favourite wrestlers favourite wrestlers. Eddie Guerrero, Bruiser Brody, Bret Hart and Harley Race being the usual suspects in that conversation.

Chris Jericho is making a real claim as the GOAT. Unlike the previous wrestlers mentioned, Chris has successfully been able to reinvent himself multiple times throughout his careers across a myriad of wrestling promotions. That counts. Chris himself wrote about in one of his many excellent books the argument that the Rolling Stones are in fact better than the Beatles. The discussion goes on to point out you could never play all the Beatles discography in concert unlike the Stones and Mick Jagger’s crew have the fortune of longevity. As Chris Jericho tells it, this argument blew him away as he was fully in the Beatles camp and he begrudgingly agree. Ironically Jericho is the Rolling Stones and for all those who argue for the Beatles, the Stones are still around and we can never know how the Beatles would continue in the modern day. Could Stone Cold work in the PG era? Could the Undertaker succeed elsewhere? We do not have those same questions about Chris Jericho. The Jericho Appreciation Society is not just another example of Jericho’s greatness, its also exactly what professional wrestling fans should be doing – Appreciating the GOAT.