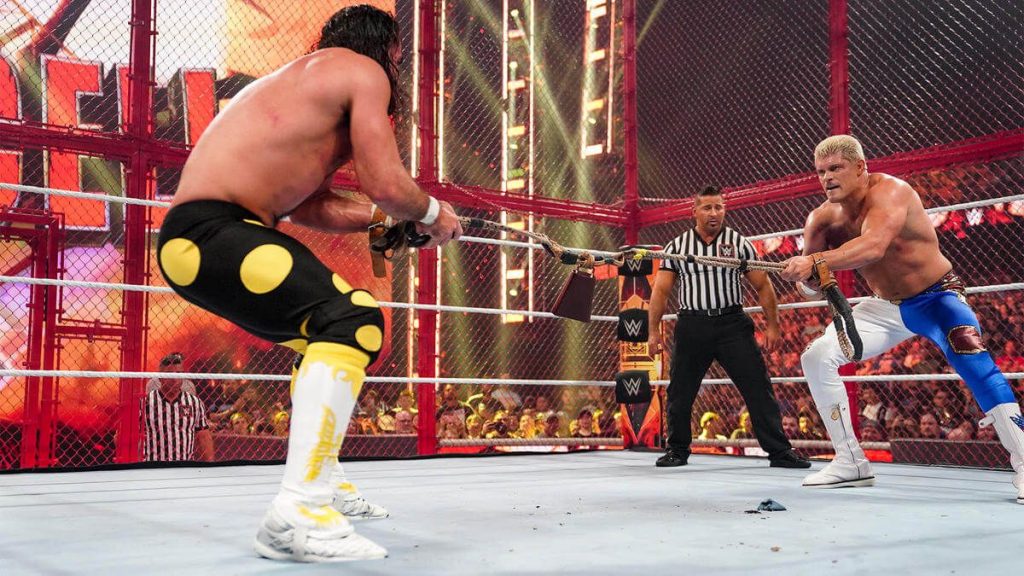 The Rock gave big props to both men after their match at Hell In A Cell.

At last week’s WWE PPV Hell In A Cell, Cody Rhodes and Seth Rollins had a Main event for the ages.

With the shock factor, the match promised from the beginning after Cody revealed the extent of his injury.

With a right pectoral completely ripped from the bone, the images of Rhodes’ body took the breath away of everyone present including fans watching from home.

After Cody removed his ring jacket was visible that his entire right side was covered in a heinous bruise.

Besides the huge injury, both wrestlers gave us a match that will remain in history.

The match earned applause not only from the WWE universe but from the greatest of all time.

Many icons from the industry gave their praise, being the latest to show his respect was The Rock.

Despite being one of the busiest people in the world, The Rock took the time to watch the match.

The people’s champ said he was proud of both competitors for their herculean effort.

It has been confirmed that Cody Rhodes recently had successful surgery to repair his injury.

Is expected that Rhodes will be out of action at least for six months.

Even with the days passing, the fans and the world of wrestling continue to talk about his performance as well as his injury.

The story started at Wrestlemania has been one of the best in the last few years.

Both wrestlers managed amazingly his in-ring chemistry despite Rhodes’s pain and limitation on his moves.

It´s for sure that they were capable of showing his inner talent throughout the whole rivalry without a doubt.