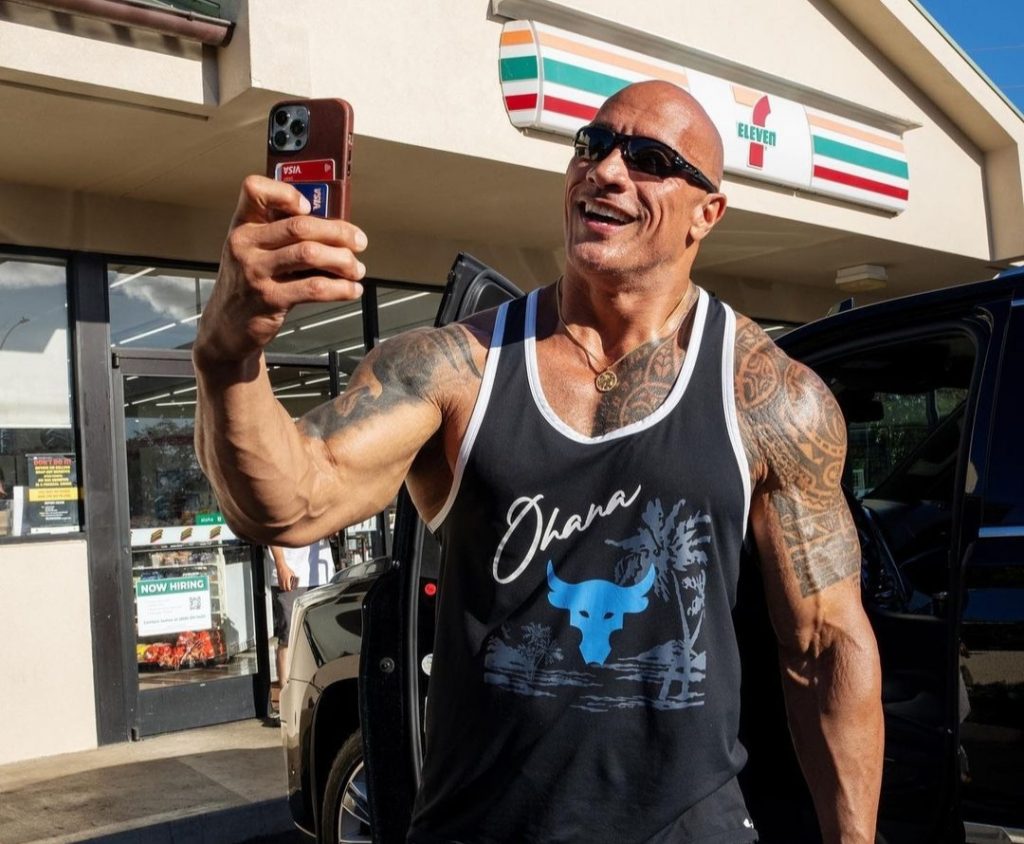 Dwayne “The Rock” Johnson is a 10-time WWE Champion and listed as the top-earning actor in 2022 by Forbes magazine. On Sunday “The Great One” took to his social media sharing a video of him returning to his old local 7-Eleven to pick up a few chocolate bars.

He travelled to the convenience store to buy every Snickers bars the store had to make up for stealing so many in his youth. That specific chocolate bar became an important part of his pre-workout routine Johnson explained in the video.

“When I was 14 years old, everyday I used to stop here at this 7-Eleven and steal a king-sized Snickers bar because I couldn’t afford to buy one. That was my pre-workout food. I did that for almost a year, every day.”

The Rock always wanted to make things right with 7-Eleven

“We were evicted from Hawaii in ’87 and after all these years — I finally got back home to right this wrong,” Johnson said.

The video posted to The Rock’s Instagram shows the WWE Superstar buying every Snickers bar in the store. In typical Rock fashion he didnt stop there. While paying for the choclate bars, he also offered to pay for several other customers. Tallying up a bill just under $300.

He wrote along with the video. “I finally [exorcized] this damn chocolate demon that’s been gnawing at me for decades.”

Johnson explained with the video that every day the same lady would work the counter when he was a kid and “always just turned her head and never busted me.”

The Rock said that he always felt bad about what he had done and had to make things right one day “I always knew I needed to go in and clean out every Snickers bar they had — the right way.”

Redemption for the past starts with a Snickers

The Rock isn’t shy to talking about how his family struggled with poverty when he was growing up. The Mega-star has even mentioned in the past that he was arrested for theft before turning the age of 17.

Johnson concluded by saying “We can’t change the past and some of the dumb stuff we may have done, but every once in a while we can add a little redeeming grace note to that situation — and maybe put a big smile on some stranger’s faces.”

After the transaction “The Electrifying One” left the chocolate bars behind telling the store clerks “If anyone looks like they’re stealing Snickers, give them these so they don’t steal it.”

With his ever growing fame, Dwayne “The Rock” Johnson never hesitates to give back to those that impacted his past. Keep an eye on WrestlingRepublic.com to stay up to date on any news to due with The Rock.

You can watch the full video below: