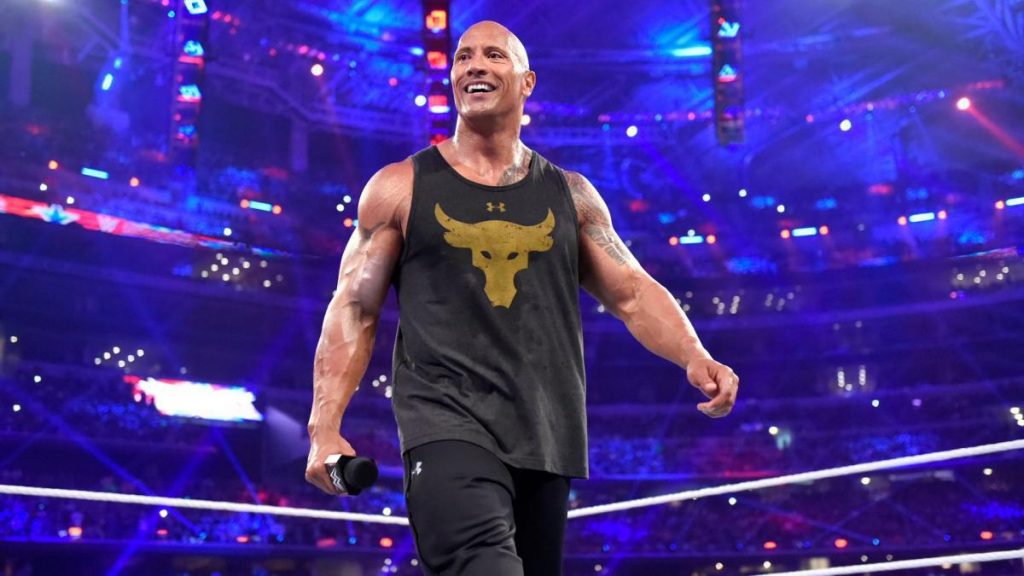 There has been huge speculation the past year that The Rock could make a return to the ring to possibly face Roman Reigns.

The Rock has once before come out of retirement to wrestle at Survivor Series 2011 to team with his Wrestlemania 28 opponent John Cena to face The Miz and R- Truth. Techniqually also he wrestled in 2016 at Wrestlemania 32 and beat Erick Rowan in quick fashion.

The Rock was asked about potentially holding a WWE belt once again in an interview with ComicBook.com. The Rock said…

The Rock then talked about how much he likes Roman Reigns’ work and that he still keeps in contact with the Tribal Chief today.

“It seems like Roman, you know, I’m very close with Roman obviously, and we talk about this all the time, and I continue to encourage him to keep doing your thing, keep sharpening those skills. I think he’s doing a great job with his promo, his execution, his in-ring work. It all continues to improve and grow. And that’s always the best part, I think, about that world of professional wrestling is that when someone gets anointed and given the ball to run, they either score a touchdown with it or they don’t. But then some, not only score a touchdown with it, but then they begin to change the way the game is played. And in Roman’s case, he’s slowly doing that, and you could start to read the tea leaves. And again, I’m very, very proud of him. I like everything that he’s doing. I like everything that the Usos are doing. I like what they’re doing together, and we’ll see down the road.”