The Mysterios Discuss Their Time As A Tag Team, How Seth Rollins Has Helped Dominik’s WWE Career 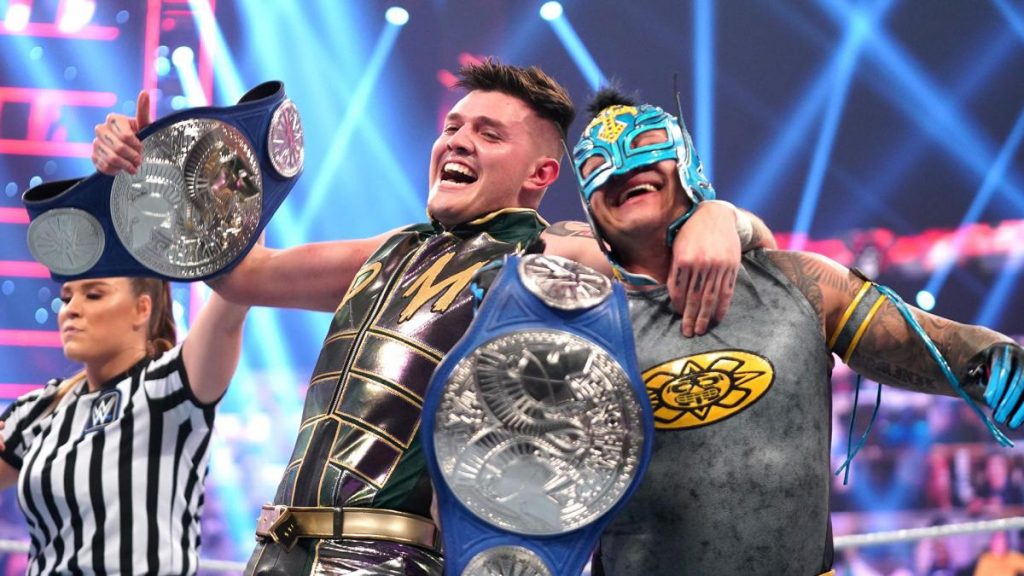 Dominik Mysterio was thrown in at the deep end when he made his WWE debut at SummerSlam 2020, facing his father’s enemy at the time, Seth Rollins.

In the months following his debut, Dominik and his father, former WWE Champion, Rey Mysterio continued to feud with the ‘Monday Night Messiah’, which continued until Rollins’ departure from WWE in November due to his fiancée Becky Lynch being pregnant.

The two then rose to become one of the biggest tag teams in WWE, picking up the SmackDown Tag Team Championships at May’s WrestleMania Backlash Pay-Per-View.

Newly crowned SmackDown Tag Team Champions Dominik and Rey Mysterio recently sat down with ‘WWE’s The Bump’ to discuss their time as a tag team so far. During the interview, Dominik responded to Rollins’ claim that without their feud last year, he wouldn’t be the Superstar he is today.

“I mean, he’s not wrong. He did kind of help me and guide me. At the end of the day, it is Seth Rollins. He’s one of the best in this business and one of the best to ever do it. So, I have to give credit where credit is due.”

When asked whether the two had encountered any challenges, the father and son duo responded saying how they are still growing as a team, as Rey is used to tagging with people who have similar experience in the industry.

“I haven’t faced any challenges yet with him”, said Rey. “We’re still growing as a team and still getting to know each other. I’m used to being with Superstars that have been in the business for quite some time. It’s normally me learning off of my team or my partner.”

“In this case, I learn from Dom. But it’s more of what Dom picks up from me, and I have to guide him. It’s kind of cool for me to play the role of teaching my son how to run the ropes and to do certain things and compliment him when he does great. Other times, when he does something wrong, I make sure and point the finger at him. So, I’m probably his biggest critique.”

Special thanks to WrestlingInc for this transcription. You can watch the full interview from ‘WWE’s The Bump’ by clicking here.