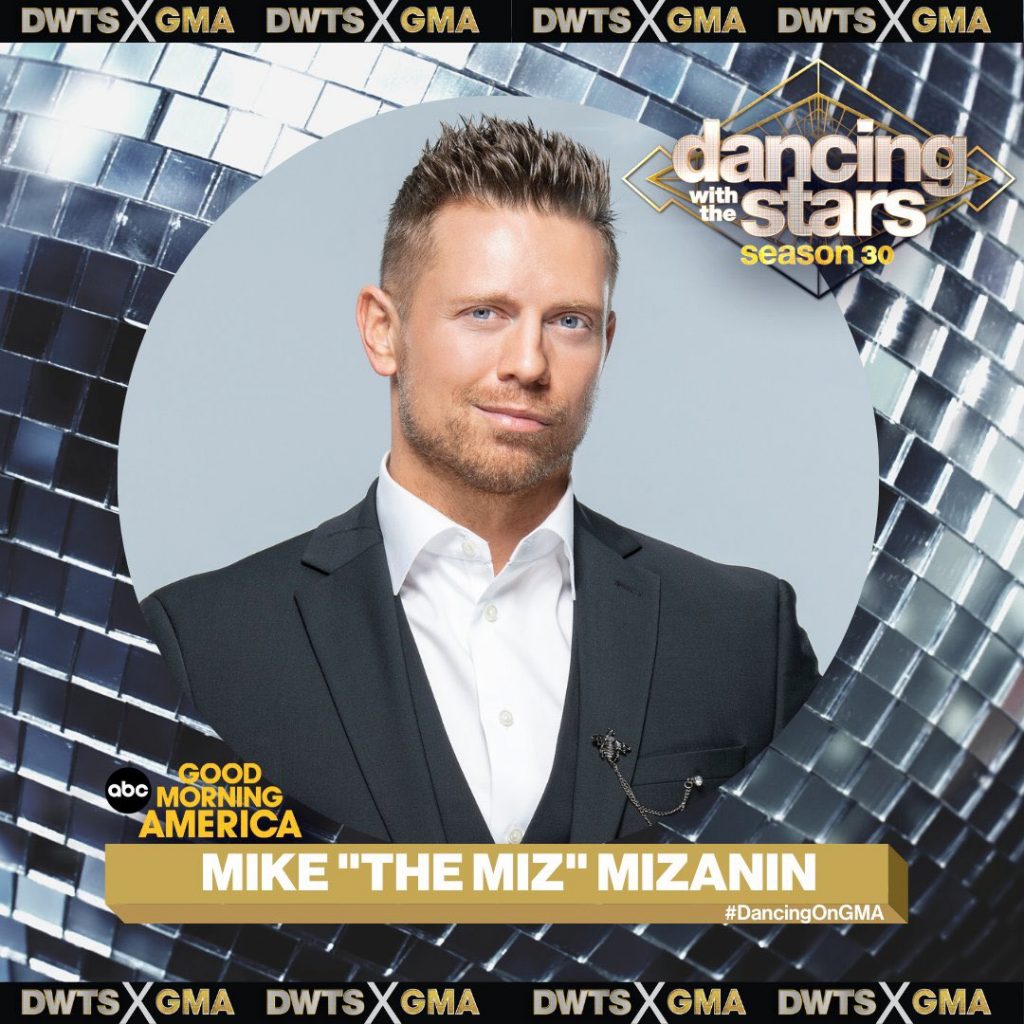 Today Good Morning America announced that the WWE Superstar The Miz will be joining the famous dance competition.

The official Twitter account of Dancing with The Stars revealed the cast for the 30th edition of the show. Mike The Miz will share the stage with celebrities like Jojo Siwa, the Olympic Gold Medal Suni Lee, Spice Girl Mel C, and many more.

The season premieres on Monday, September 20. Through Twitter, The Miz expresses his excitement with fans that he is already learning The paso doble and Tango.

We still do not know if Miz will be absent for months to participate in the contest. His last appearance was on the August 23 episode of WWE Raw when he turned on John Morrison.

Are you excited to see a Grand Slam Champion on DWTS? Let us know in the comments!