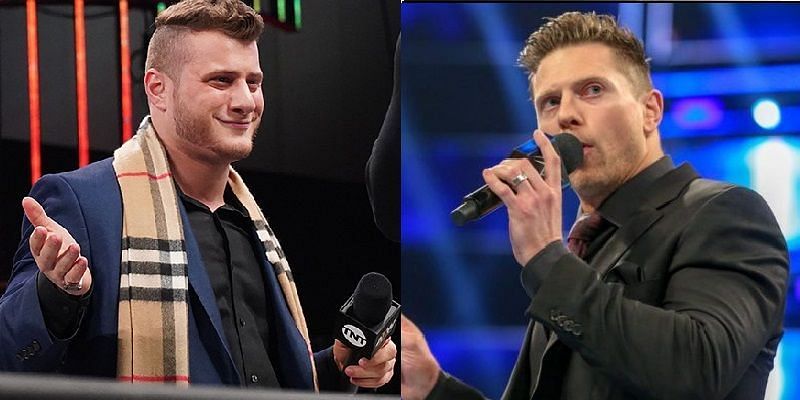 During a recent interview WWE Superstar The Miz recently shared his thoughts on AEW Star MJF.

While speaking with The Ringer Wrestling podcast, Miz was asked about the comparisons to MJF.

“I don’t think he wants to be The Miz, to be honest,” Miz admitted.

“I don’t think any superstar, no matter what company you’re in, wants to be the next ‘this person.’ You want to be an original. There are comparisons. I’ve always been compared to, I was compared to Jericho for a while, I was compared to Ric Flair for a while. I don’t want to be compared. I want to be an originator. You take things. When you’re learning and coming up, you see things that you like out of certain superstars and are like, ‘Oh, I’ll use that, sprinkle of that, sprinkle of this’ as an homage. In a sense, you want to be an original. I don’t think he wants to be the next Miz, I think he wants to be the first him. Honestly, he’s doing a great job at it. 25 years old. When I was 25 years old, I was still in developmental and Deep South Wrestling and still learning the trade. I wasn’t putting on matches on national television and putting together memorable promos that people talk about. I wasn’t doing that. Applaud to him.”

On the November 24th episode of AEW Dynamite CM Punk said while cutting a promo on MJF that he was “a less famous Miz.”

The promo was referenced by Edge on WWE Raw as he’s feuding with Miz currently.

Both stars are involved in high profile story lines that will be coming to a head this upcoming week.

Miz and Maryse will be taking on Edge & Beth Phoenix this Saturday at WWE Royal Rumble while MJF will face CM Punk on the February 2 episode of AEW Dynamite.