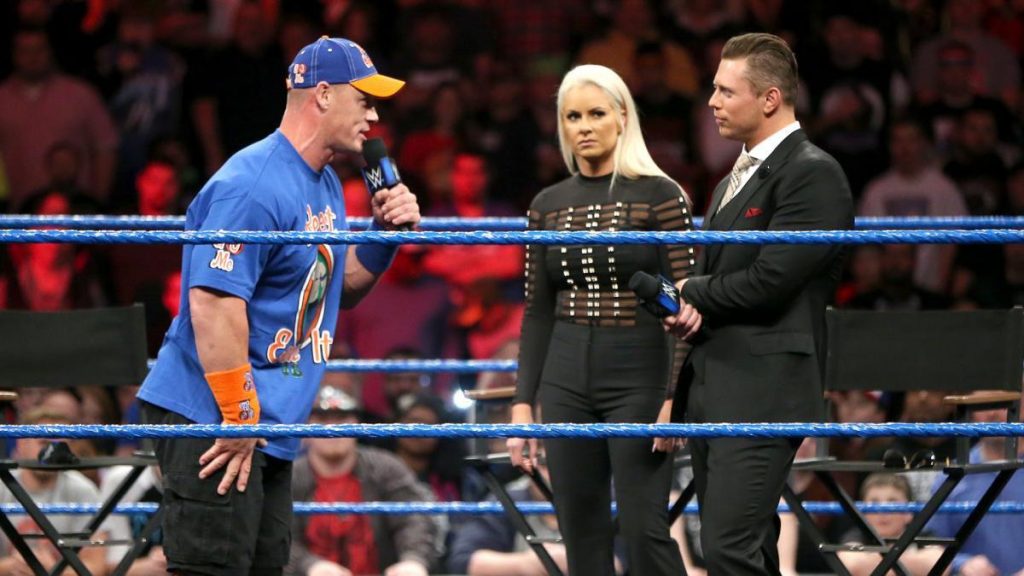 WWE Superstar The Miz has opened up on the advices that John Cena has given him during these years.

The Miz has been one of the most important WWE Superstars for a few years now. His amazing mic skills have placed him as one of the best heel talkers in the game.

These skills, along with his great in-ring work, were the ones that awarded him with many titles during his more than ten years with Vince McMahon’s company.

Miz, alongside his wife Maryse, have spoken recently with Baby Huey at his ‘In The Kliq’ podcast, where they reflected on a variety of subjects.

In one of these subjects, Miz revealed that former 16-time World Champion John Cena has provided him with a lot of advices for his in-ring work during these past years.

“Of course. Cena is a wealth of knowledge and he’s more than willing to hand it out if you’re willing to listen,” Miz explained.

“He would always teach me different things in the ring that I need to do like how to listen, how to hear, what to do, and when to do it.

You know, I could go on and on and on. But I mean, yeah, Cena has taught me a lot in the WWE.” (Via ‘In The Kliq’ podcast, H/T WrestlingNews.co)

He also had a huge success outside the WWE, appearing in various movies and starring his own reality show ‘Miz & Mrs,’ alongside his wife Maryse.