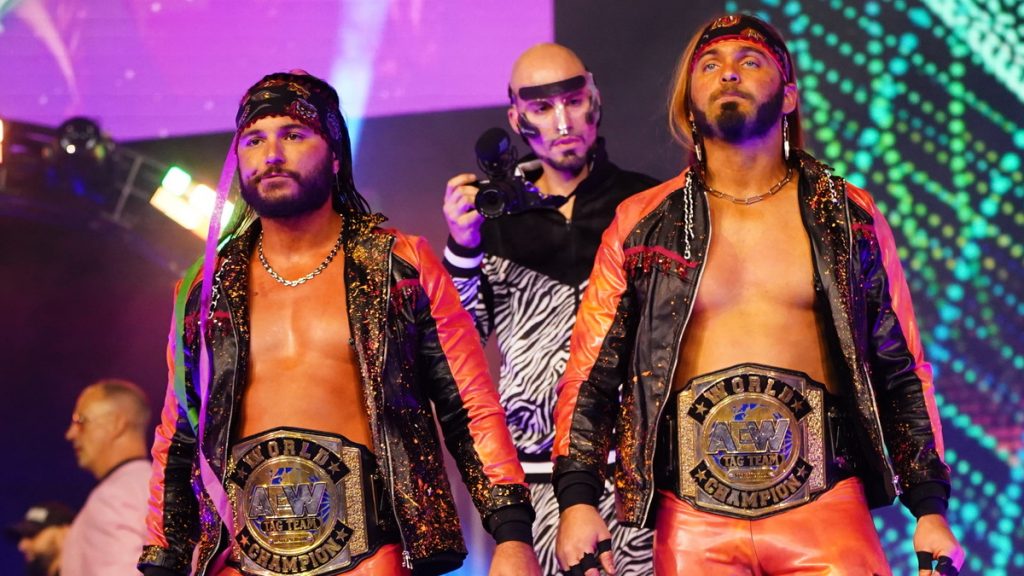 The Elite reportedly accidentally knocked out CM Punk’s dog’s teeth during AEW All Out backstage brawl per a report by Wrestling Inc.

After All Out, CM Punk would talk at the post show media scrum.

During this Punk made claims of unprofessionalism by The Elite and challenged them to see him in his locker room.

Once he returned to his locker room a brawl with The Elite, CM Punk and Ace Steel started.

CM Punks side of the fight story and The Elites side were reported shortly after while AEW investigated the fight.

Then, Ace Steel intervened worried about his wife and threw a chair at Nick Jackson and bit Kenny Omega.

The Elites side was that they opened Punks door to speak to him and he attacked Matt Jackson.

Ace Steel then threw a chair at Nick Jackson when he tried to separate his brother and Punk.

Kenny Omega then tried to remove CM Punks dog from the situation and separate Jackson and Steel which resulted in Omega being bit.

Ace Steel was then fired from AEW and it was reported that AEW are looking to buy out Punks contract.

Now, more information has came out about the All Out brawl.

Wrestling Inc has reported that Punks dog Larry was injured in the brawl.

Reportedly, during the fight a member of The Elite accidentally struck Larry and when Punk took his dog to a pre-scheduled veterinarians appointment he was informed that Larry was without two teeth.

What does this mean for CM Punks and The Elites AEW future?

With The Elite’s return being hyped on AEW Dynamite and AEW in talks to buy out Punks contract it seems that ‘The Straight Edge Savior’ is due to leave the company.