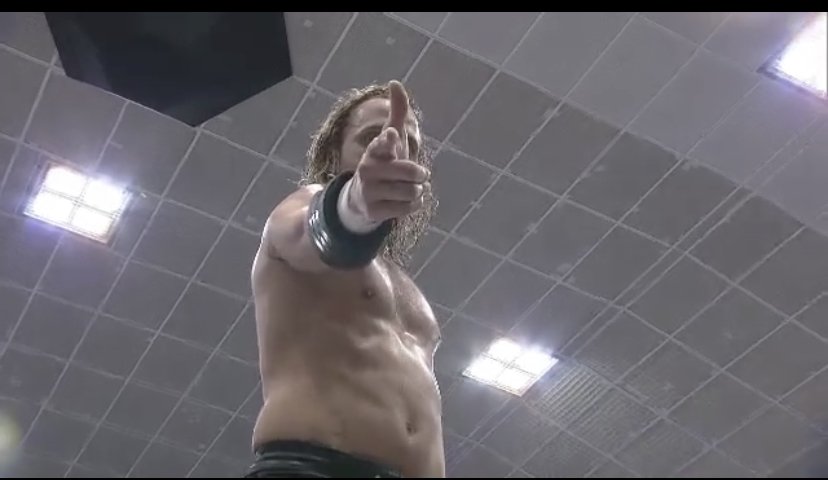 Overall, this show was good the competition is definitely increasing day by day. However, for some people it’s going to be harder to come back from no points then it is for men like Desperado who has four leading the B Block but isn’t alone because ELP is right behind him tied as well however I’m excited about the future match ups.

Preview: Today we have the 4th day of the BOSJ29 tournament. We have quite the show today as we have Wheeler Yuta Vs DOUKI. Titan Vs El Lindaman. Master Wato Vs El Phantasmo. Bushi Vs Robbie eagles and Main eventing is TJP Vs El Desperado. Let’s find out who goes on to have four points. let’s also go on to see who will gain any points today and will there be anyone left with zero points? let’s find out Tonight!

BELOW AVERAGE Wheeler Yuta Vs DOUKI: Match starts to Yuta locking in a headlock before DOUKI Pushes him off where Yuta hits a nice shoulder. Then follows up with a slam then senton. Yuta scores a Dropkick before looking for an outside move before DOUKI Hits him then scoring with his own Tope Suicida. Douki throws Yuta into the ring post then a DDT On the floor. Back in the ring Douki hit a snapmare Dropkick before continuing the attack towards the neck. Douki would then go for the eyes hitting a Irish whip before Yuta hits a clothesline to finally get some offense in. Yuta hits a atomic drop then enziguri before hitting a top rope forearm then a tope suicida of his own. Back in the ring he hits a springboard from out the ring ropes then the flat liner in the ring. Yuta then would go for a German before Douki fights out and then goes for the Italian stretch 32. Douki would then go to the apron going for a move before getting caught by a German suplex. Then Yuta would then lock in Bryan Danielson old ROH move the cattle mutilation. Yuta would then go for pain thriller twice before getting countered into a roll up before Douki would lock in the Italian stretch 32 again this time getting his foot on the ropes. On the apron Douki would hit a smooth apron DDT Known as Day Break before going for his finish before Yuta would reverse to a pin as both men would have a fast paced sequence to end with Yuta hitting the fierce elbows on Douki before hitting the seatbelt clutch scoring the victory earning his first two points.

AVERAGE El Lindaman Vs Titan: Both men start with a lockup going for wrist locks. Speed picks up slightly as both men do a small sequence before switching over to chops before Titan lies and hits a kick to the mid-section before hitting a flying Dropkick. He would go for a flying move but landed on his feet as Lindaman moved away then kicks him in the face. As both men are outside, they exchange strikes before getting back in the ring where Lindaman hits a back elbow then three pinning attempts. Then hits a back elbow into the corner before going for another one but Titan would block then hit a middle rope Dropkick before licking in a reverse Figure four. After some turning Lindaman got to the ropes to force the break. Both men are on the apron now and they exchange chops before Titan scores a nice thirst kick before going to the top rope and went for a senton before crashing and burning. Lindaman who is back up hits a tope con Hilo onto an already hurt Titan as both men lay in pain on the outside. Back in the ring El Lindaman would hit a quick arm throw then a short DDT. Titan would take some shots from Lindaman before replying with a quick dragon screw then back into that reverse figure four. As both men have leg pain. Titan would put him on the top rope and go for a punch Lindaman would block and throw him down before Titan hit a Kip up then a Pele Kick before getting him in a Death Valley driver position hit the corner then throws him on the canvas. Titan would go for a German, but Lindaman would hit a forearm. Titan returns with a thrust kick then face breaker. El Lindaman would respond with a back suplex. Titan would then duck clothesline with a matrix style move then a back kick following with another slam before going for the tope rope double stomp onto the back then go for another one by springboard but would miss as Lindaman would Dropkick the injured Knee and hit a huge arm slam before hitting a Stalling German suplex for the victory to claim his first two points.

AVERAGE El Phantasmo Vs Master Wato: Both men would start going for an advantage with some standard chain wrestling before doing some basic headlock wrestling as Wato would then put ELP in a head scissors where ELP Would escape easily then the same would happen from Master Wato who would escape just as easily before both men would exchange sequences as neither man could get an advantage. Master Wato would eventually get a Hurricanrana before faking like he would go for a dive. Before ELP Suckered him outside before hitting him with a Back Rake then a boot to the head all before hitting a suplex on the floor. Back in the ring ELP hits a forearm before launching Wato to the other corner then hanging him in the tree of woe before attacking his groin. As the match continues ELP hit a snapmare into a headlock before applying a sleeper hold.  After escaping it Master Wato would hit a back suplex. Before both men hit the ropes Wato would go for a Dropkick, but ELP Would stay on the ropes before going with a lionsault Wato would have his knees up before clotheslining him out the ring then hitting a tope con Hilo before ELP Slides to the other side of the ring to avoid it before Wato hits another outside move before hitting a top rope Dropkick into the ring. ELP would try and fight back before Wato would hit a high angle suplex dropping him on his head. ELP would try and get an advantage before Wato would hit his signature. Wato would go to the top rope for offense, but ELP Would get back to his feet hitting a superplex off the top then the UFO. ELP would go for the CR2, but Wato would counter with a roll up as then ELP would go for a roll up with tights after Wato kicks out he goes for a kick when ELP ducks and his an enziguri before both men get on their knees and start exchanging forearm before changing to kicks then goes in for the hockey fight before ELP goes for the eyes and hits the ropes before Wato hits a giant leg kick. Then goes for a springboard move before in midair gets hit with a Superkick then CR2 to give ELP four points.

GOOD El Desperado Vs TJP: Both men would start with a collar and elbow tie up. Desperado would go for a headlock as TJP Would go for an octopus stretch counter before they both lock up this time TJP going for the wrist as then Desperado would counter and do the same as both men do a small sequence. Desperado would go for a handshake but then stomp his foot before back to the wrist lock but then would go to the eyes. TJP would then pick up the pace with a plancha to the outside. On the outside TJP Would ram Desperado to the apron then throw him to the ring post. Back in the ring TJP would hit a headlock but Desperado would fight back TJP would then hit a toe hold before focusing his attack to the legs before locking in a Muta Lock. Transitioning to an arm breaker. Back on the attack he would slam desperado down then hit a hilo on the ground before putting desperado in the corner and hit a boot wash before hitting the ropes once again this time Met with a spear. As the match picks up with desperado getting a comeback going, he plants TJP With a Back suplex before tossing him in the corner and starts the assault on the leg first a small kick then an inverted dragon screw before going for the Numero Dos Submissio before TJP Would get to the ropes. On the apron now both men would try and go for Suplexs before TJP hangs him on the ropes before hitting a Top rope Mamba like splash on Desperado then hitting another mamba splash in the ring on a downed Desperado who kicks out barely. TJP would go for a fireman’s carry before getting rolled up after kicking out he would hit the ropes where he is met with a Spinebuster. As both men get up Desperado would go for Pinche loco TJP Would counter with a deep Octopus strech before Desperado went low enough to hit a Numero Dos before TJP would counter to a Roll up then a STF counter before Desperado would counter to a Roll up as well before TJP Putting him down with a back suplex. Both men would get to their knees and exchange forearms before TJP hits a corner tornado DDT. He would then go for another mamba splash before Desperado puts a Stretch muffler in before TJP tries to fight back before Desperado changes it to a Dudebuster then getting TJP up going for Pinche loco but he counters to a roll up before Desperado hits a straight right to the face before going for Pinche loco again but TJP Counters it again to a pin before Desperado bridges with the arms still hooked before hitting the Pinche Loco and getting the win to get himself to Four points.

Overall, this show was good the competition is definitely increasing day by day. However, for some people it’s going to be harder to come back from no points then it is for men like Desperado who has four leading the B Block but isn’t alone because ELP is right behind him tied as well however I’m excited about the future match ups.

For inquiries about the rating criteria check out the article announcing the new system https://wrestlingrepublic.com/wrestling-republic-are-proud-to-announce-our-new-ratings-system/