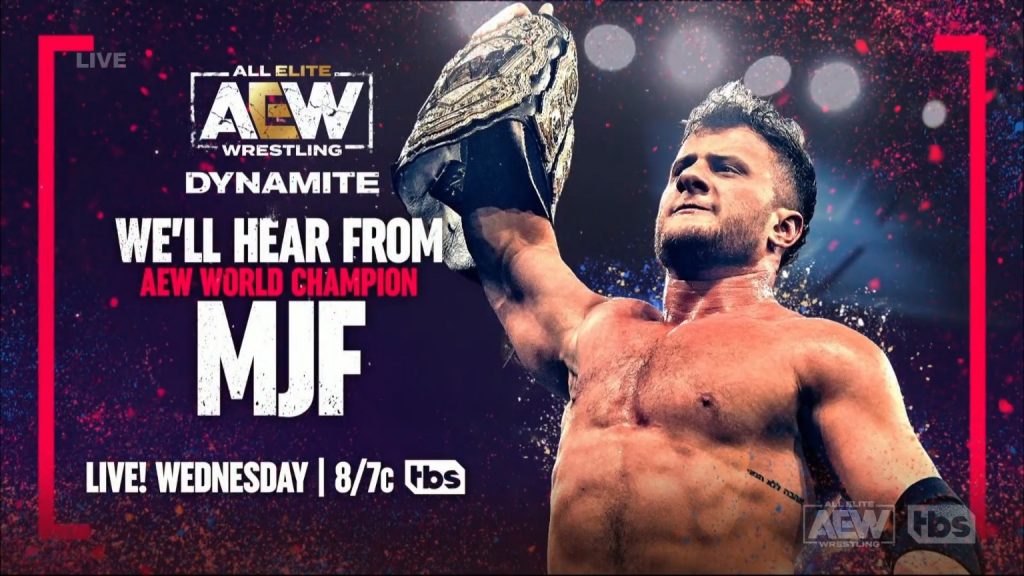 On the Dynamite episode airing the following week, MJF will debut as the AEW World Champion.

To assist MJF in winning the championship at Full Gear, Regal turned on Jon Moxley. He was about to justify his conduct on Dynamite when Moxley interrupted him. Bryan Danielson, a buddy of Moxley’s from the Blackpool Combat Club, hurried to the ring and begged him not to assault Regal because of the latter’s illness and because he loves him. After giving in, Moxley instructed Regal to keep moving away from him.

A Baddies party will also be held by Jade Cargill now that she has her AEW TBS Championship back. The Baddies expelled Kiera Hogan on Wednesday’s episode of AEW Dynamite.

The AEW World Trios Championship best-of-seven series, which will pit Death Triangle against The Elite, will continue the following week. On this week’s episode, Death Triangle went up 2-0 in the overall series.

Here is the lineup for AEW Dynamite on Wednesday right