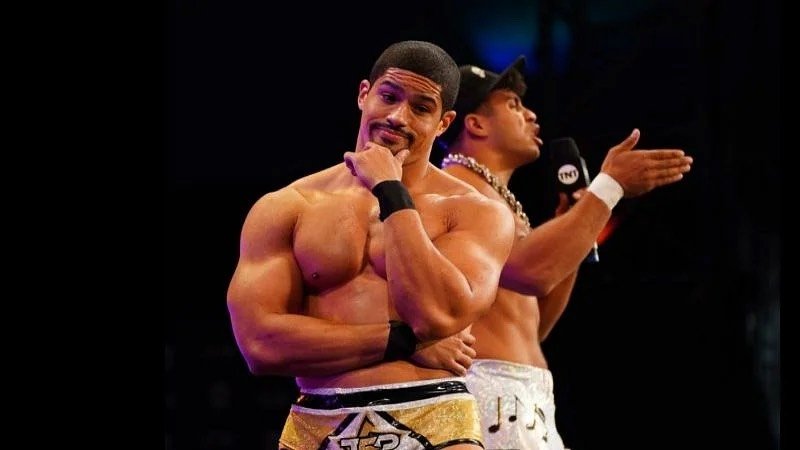 The Acclaimed wants ALL the smoke.

For weeks, AEW owner and President Tony Khan has been inadvertently ducking from numerous challenges laid out by “Platinum” Max Caster who is one-half of the popular tag team “The Acclaimed”.  It began with Caster challenging Khan to a rap battle in New Jersey, which Khan accepted, with assistance from Lil Uzi Vert.

This past Saturday at AEW Dynamite in Orlando, the feud reached a boiling point when the tag team called out Tony Khan after the show went off the air for leaving them off the show for over 100 days. This resulted in Khan walking out to the crowd and informing Max Caster that the fans paid to see CM Punk and not him rapping.  Punk then came out and teamed up with the likes of Cody Rhodes, Sammy Guevara, Fuego Del Sol, Griff Garrison, and Negative 1 to take out The Acclaimed.

Monday afternoon Max Caster took to his Twitter to challenge Tony Khan to a tag team match at Full Gear on November 13.

As of this writing, Khan has yet to respond to the Caster’s challenge.