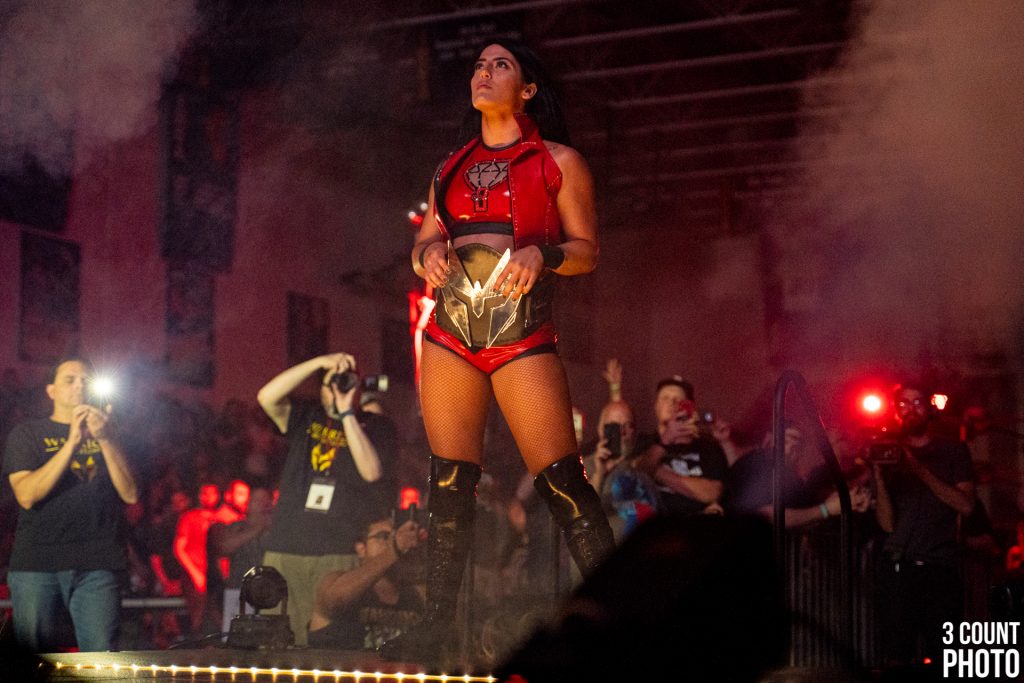 The wrestler was seen outside of the Millennium Hotel in LA.

According to Sean Ross from Fightful.com Tessa was seen yesterday helping a woman in LA, the woman was bleeding from the head lying in the middle of the road, commensurate with witnesses Blanchard and others blocked off the road and administered aid to slow the bleeding while contacting EMTs to help. There is no more update on the incident.

Blanchard, a wrestler known almost all around the world, has been part of big wrestling promotions as Lucha Libre AAA Worldwide, WWE, World Wonder Ring Stardom, Women of Wrestling, and Impact Wrestling.

The last time she was under contract was with Impact where she was a former Impact Knockouts Champion, but on June 25 the promotion announced they had terminated Tessa’s contract, immediately stripping her from the Impact Wrestling World Champion.

Let’s remember that she was under fire the week of the PVV Hard to Kill 2020, where she challenges Sami Callihan for the Impact Wrestling Championship, amid allegations of racism and bullying from all around the world wrestling colleagues.

Chelsea Green, Priscilla Kelly, Tanea Brooks, Allisyn Kay were some who made their accusations known in response to Tessa’s famous tweet “Hey women, try supporting one another. Cool things happen”

According to Alfred Konuwa in his Forbes report, Green accused Blanchard of bullying “countless female workers,” while Kay leveled a far more serious accusation that Blanchard “spat in a black woman’s face in Japan and called her the N-word.”

Since she departed from Impact Tessa hasn´t signed with any company.

However, last May rumors began to emerge about AEW and its interest in signing Blanchard and her husband but quickly PWInsider and  Fightful Select denied conversations between the promotion and wrestlers.

Until this day there have been no updates on Tessa’s status as a wrestler just time will let us known her destiny.