Ten Things We Want At The Royal Rumble. 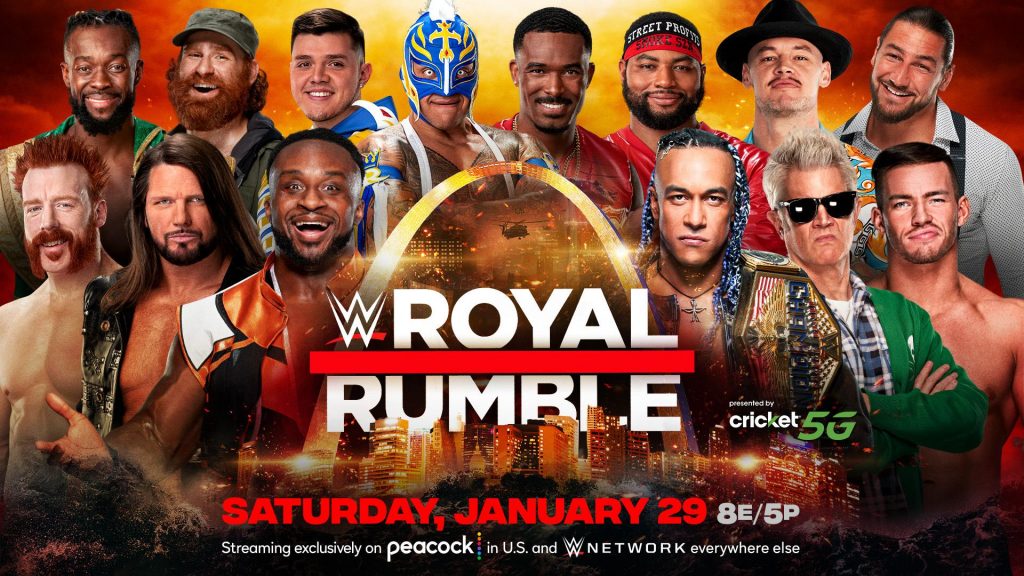 The Royal Rumble is one of the big four pay-per-views that WWE has. It is the precursor to WrestleMania. The first stop on the road to WrestleMania. Dating back to 1988, the 35th Royal Rumble occurs this Sunday. While the rest of the world is consumed with the Pete Davidson, Kanye West, Kim Kardashian love triangle. We are all praying Machine Gun Kelly somehow gets involved. Who doesn’t want Kill shot part 2? In the world of Professional Wrestling, fans are consumed by the Rumble. Well not completely, fans are also upset that the best WWE prospect not yet to debut on RAW or SmackDown has gone through a name change. Walter has changed his name to Gunther. Fans are pissed. It does not matter that Walter is the name you’d give to Prince Andrew’s number one teddy bear. Fans will never accept a name change. It should be noted WWE dropped Gunther’s last name, as it appears to have mistakenly given the Austrian talent the full name Gunther Stark. Upon a quick google search Gunther Stark is the name of a distinguished WW2 Nazi officer. That may be the most WWE thing ever. Once the dust settles on Walter gate, fans will cast their eyes to one of WWE’s traditionally biggest pay-per-views, the Royal Rumble.  Now this is based on conjecture, if you read the tea leaves surrounding the World Titles, it seems we are in for one hell of a ride come Sunday. Brock Lesnar vs. Roman Reigns seems destined for WrestleMania. Brock already teased a title unification match. Furthermore, Roman’s response was not a flat out denial. Roman wants it on his terms. Could the main event at WrestleMania, with Paul Heyman in his pocket be more to the head of the tables’ liking?  Before Roman missed Day 1 due to the Covid, Big E was destined to leave with the title at Day 1 only to lose it at the Rumble. Brock Lesnar was destined to become Champion at Day 1 by any means necessary. It really did not make sense to add Brock Lesnar to the fatal four way at Day 1. Why not have Brock and Reigns face off at the Rumble instead? WWE called an audible to switch championships. This would mean Seth Rollins instead, becomes the universal champion. Roman then presumably by taking one of the Usos’ spots enters and wins the Rumble. This seems wild, yet it gets the WWE where they need to be. Remember WWE has a huge Saudi pay-per-view in February. If they are angling at unification this event gives us the perfect spot for Roman to get his rematch. Now that I have written this, it is certain not to happen. One thing is certain the Royal Rumble is going to be of huge importance. The Wrestling Republic has decided to put together a list of ten things we want to see at the Royal Rumble.  Sadly, the list for Ten Names worse than Nazi U-Boat Commander Gunther Stark was turned down by the bosses.

The announcement that IMPACT champion Mickie James would be in the Royal Rumble was incredible. A company notoriously against such things openly discussing another promotions champion. It was wild. This could be a simple business transaction. WWE gets another wrestler to help met its quota of 30 women for the Royal Rumble and IMPACT, in return, gets its name mentioned a couple of times on WWE programming. That would be a huge let down. Hopefully Mickie James is not limited to a Royal Rumble appearance and hopefully WWE’s forbidden door is not limited to Mickie James. WWE have a lot of time to fill in the road to WrestleMania. If Mickie James were to eliminate Charlotte Flair it would be a lot of fun to have a Champion vs. Champion match down the line. IMPACT wrestling have been the purveyors of the forbidden door. Their wiliness has been the shining example for Professional Wrestling. A roster with WWE ex-pats including Rhino, Gail Kim, The Good Brothers & Matt Cardona and IMPACT’s own exclusive talent like Moose, Josh Alexander, Lady Frost & Jordynne Grace would all make exciting surprise entrants. If you wanted to add a layer to the OMOS-A.J. Styles feud having the Good Brothers assist AJ in eliminating OMOS, only for OMOS to re-enter the ring and destroy AJ real life friends in front of him in vicious fashion would probably do the trick. The WWE could use the Rumble to test out some potential new signings. Bring in Ring of Honor talent and gauge the reaction of the WWE universe. Jon Moxley does not have to appear in the Rumble match. Jon should be utilized somewhere in the Universal title match. In the pre-match interview. As time keeper. Special enforcer. Mox has to be used somewhere in a battle between the other two Shield Members. Opening the forbidden door is fan service, but shouldn’t the WWE be in the business of fan service. The announcement of Mickie James made some buzz, leaning into the forbidden door will leave an everlasting mark that would make future roads to WrestleMania truly unexpected.

Low Hanging fruit can sometimes be the sweetest. Just ask the creators of the T.V. series Game of Thrones. Had they taken the low hanging fruit when writing the end of that series we would all be applauding them for an amazing show. As it stands now their names David Benioff & D.B Weiss are interchangeable for taking a shit in most households. Corey Graves has been cleared to wrestle. Pat McAfee can do not wrong. He has an open channel to the most interesting man in sports -Aaron Rodgers. He has 100 million in bank account. He is fire next to Michael Cole and of course because why wouldn’t he be he is solid in the ring. Perhaps Pat McAfee enters the Men’s Royal Rumble, while Corey Graves plays the Otis role of last year and simply aids in Carmella’s quest to win the Women’s Royal Rumble. No matter who steps up on the 29th of January we better get the classic commentator spot. The countdown to a black screen, and then the spotlight goes to the commentary booth where said commentator announces he is entering and simply walks over to the ring apron. Its basic and yet very satisfying.