Top Ten Talking Points Of AEW’s All Out. 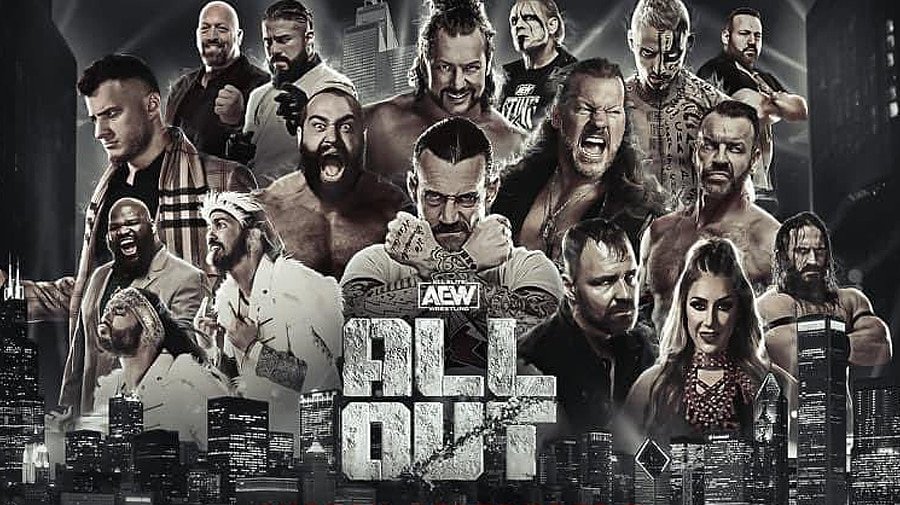 The last couple of weeks in the wrestling business has been eventful. We have seen a brand new world champion, a brand new NXT and our once beloved Tommy Dreamer pulled the biggest heel turn in the history of professional wrestling.  The turning point for all this besides Dreamer’s descent to the dark side has to be due to the new kids on the block –All Elite Wrestling. The hugely pivotal event was in fact All Elite Wrestling’s All Out pay-per-view. Unlike Joe Biden’s pull out game, All Elite Wrestling covered all their bases. If you haven’t already, invest in your own enjoyment and watch it. All Out was rated by the Wrestling Republic as its best show to date. The show did over 200,000 buys. A historic number. WWE has responded with Canada’s very own Ariel Helwani reporting the September 11th memorial episode of SmackDown gaining the highest gate SmackDown has ever produced. Brock Lesnar and NBA superstar Trae Young both showed up. Unfortunately, we did not get a match between the two vying for title of baddest man on the planet with the dumbest hair style. A few weeks back, in a WWE-earnings call, the head honchos dismissed AEW as competition. If you are in the conversation you are competition. Think about the endless amount of people arguing whether or not pineapple belongs on pizza. Pineapple has won the debate by being in the debate. We don’t care about anyone’s opinion on sushi burritos, do we. So while Gage Goldberg was a talking point for WWE’s SummerSlam – AEW All Out had CM Punk’s return and the new signings of two of the best free agents left in the room – Daniel Bryan & Adam Cole. With All Out marking a monumental shifted in the world of professional wrestling, we at the Wrestling Republic have put together list of the top ten talking points of AEW’s All Out.

All Out marked CM Punk’s first single match in 2785 days. That’s a long time between non-alcoholic drinks. CM Punk returning was a great decision. The merchandise is flying out the window. The wrestling world is buzzing with his return. The decision to choose AEW might not have been. Had CM Punk returned to WWE (it arguably was the juicier storyline) he could have easily slotted into Brock Lesnar spot at the end of WWE SummerSlam and built up a long term feud with Roman Reigns who is now managed by CM Punk’s old associate Paul Heyman. Had he done that, then CM Punk would indeed become Brock Lesnar. The Yankees, the establishment. What he fought against all those years ago. So while you hate that the great ‘what if’ is to never be answered, you have to respect the man’s decision. That decision has consequences. In AEW, the best in the world has to answer whether or not he can still wrestle. In WWE he is taking Brock Lesnar or Goldberg’s spot. It’s a promo, a finishing move and maybe a slow paced street fight every couple of months. In AEW he is taking the spot of Kenny Omega, Daniel Bryan or Hangman Page. The question of if Punk still has it has to be answered if he goes to AEW and guess what, at least in the first challenge, CM Punk proved he can still go. That fucking leg lariat was smooth. That moment stood out to me. I have seen that leg lariat a thousand times. In his last run, CM Punk really seemed to struggle to hit it. That leg lariat on Sunday was sweeter than any in the last few months of his WWE run. In an unforeseeable turn of events that no one was prepared for CM Punk might not just be back but he might actually be better than he was when he left.

9. The Roster Is Stacked.

AEW and Tony Khan was able to pull off All Out an event described by the Wrestling Republic as their best event ever without having to literally pull it all out. Hangman Page the most sympathetic face in the company was absent. His story arc to the title is the longest most anticipated storyline in the company. Best event in AEW history didn’t even need it. PAC vs. Andrade El Idolo had their scheduled match pulled last minute due to travel difficulties. A potential match of the night. Malakia Black war against the Rhodes family continues onwards without being a part of All Out. The inner circle members of Sammy Guevara, Santana & Ortiz only featuring to celebrate with Chris Jericho’s victory. I could continue. The implication here is that All Out was not a simple once off. There is real momentum here. Daniel Bryan vs Kenny Omega scheduled for this week on AEW dynamite might be more anticipated than any match on All Out’s card. The fact is that with a roster this strong, All Out is simply the beginning.