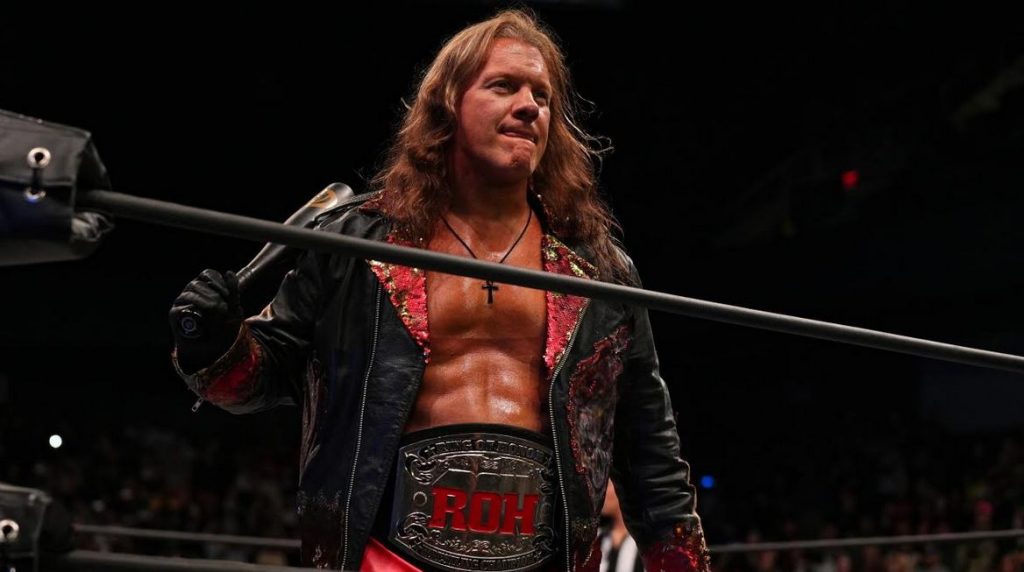 Chris Jericho has been one of AEW’s pilar since their foundation, and there is no doubt of his value.

This a value that TBS is very aware of, as a top act for the company and ratings.

According to a report by the Wrestling Observer, some TBS directors were against Jericho being on a non-AEW pay-per-view.

The initial plan by Tony Khan was that Jericho vs. Claudio Castagnoli would close out ROH Final Battle on December 10, but the AEW owner has to push back his idea.

Dave Meltzer reported that SVP Sam Linksy and the TBS brass were initially against the original idea.

There were various plans, like Jericho losing lose in his four-way match at Full Gear to Castagnoli.

This idea also depended on the future of the Blackpool Combat Club, if Castagnoli lost his Final Battle fight, he would have had to join the ranks of The Jericho Appreciation Society.

He also, defended his title several times against iconic ROH names like Dalton Castle, Bandido, and others.

Jericho finally was defeated by Claudio Castagnoli at a historic event and match at ROH Final Battle 2022 PPV.

After the loss of the championship, it seems that Jericho is on a winless streak in the ring.

Jericho was defeated by Action Andretti at Winter is Coming this past Wednesday at AEW Dynamite.

A victory that meant an AEW contract for the 24-year-old wrestler.

However, there is no doubt that this year was one of the best in Jericho’s career.

Proving that age is not an obstacle.