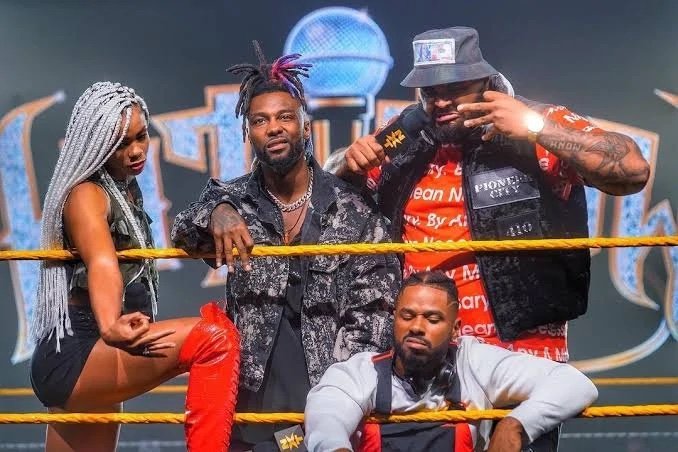 During a recent interview with WhatCulture Wrestling, AEW star Swerve Strickland opened up about his release from WWE and described it as a ‘gut punch’, before admitting that Hit Tow didn’t fit in with WWE’s current direction.

Swerve Strickland was released from WWE earlier this year, along with Top Dolla and Ashante “Thee” Adonis, just weeks after their Hit Row stable mate B-Fab was fired.

For one of the first times since his release from WWE, Swerve Strickland has now opened up about the experience.

“It was like a gut punch at first, the first couple weeks were,” Swerve revealed. “Honestly, after Briana (B-Fab) was let go from the group, it kind of was like, wow, you might as well let it all go.”

Despite initially feeling negatively about their releases, Swerve now admits that the stable didn’t fit in with WWE’s current direction, and in reality it was a blessing in disguise for the group.

“Seeing the direction the companies going in right now, it just doesn’t fit Hit Row and we don’t fit the company.” Swerve claimed. “The way they did it was like, okay, you let us go but it was like a blessing in disguise, it should’ve been an even split because we don’t fit anywhere where their product is trying to give and what they’re trying to push toward the future.”

Since being released from WWE, Swerve Strickland had signed a multi year contract with All Elite Wrestling, while the rest of Hit Row (who are now know as the ‘HitMakerZ’), have been touring the independent wrestling scene.

Top Dolla recently revealed that the former WWE stable, with the exemption of Swerve, have had positive discussions with Impact wrestling, however as of this time they are not believed to have signed with the company.