SummerSlam And Money In The Bank Locations Revealed 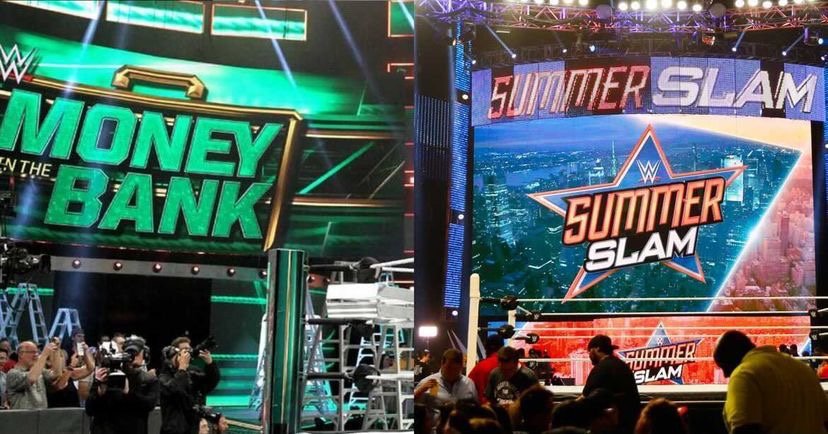 WWE could be dropping their ThunderDome in the near future.

Recently, reports emerged stating that WWE would be resuming their live touring schedule in July, with Money In The Bank kicking off their highly anticipated return.

Last year’s Money In The Bank pay-per-view was potentially WWE’s most unique choice during the pandemic, with the company opting to use their Headquarters as the location for the Money In the Bank ladder match. This year will be much different, as per Sports Illustrated.

WWE will be holding this year’s Money In The Bank pay-per-view (which will be the first show since the pandemic with fans, other than WrestleMania) in Texas. A specific venue wasn’t noted, however this will be the first time that the company visit this state for the event.

Interestingly, Texas will also be the location for WrestleMania 38, with WWE returning to the AT&T Stadium for the first time in six years.

The report from Sports Illustrated also revealed the location for this year’s SummerSlam, with WWE opting to travel to Nevada for the event. Once again, a location wasn’t noted, however Nevada will also be the location of WrestleMania 39.

WWE signed a deal with FOX in 2019 to bring SmackDown to the broadcaster, however due to the pandemic WWE had to relocate to their Performance Center without fans just months after the partnership began. According to WrestleVotes on Twitter, FOX have been pushing for a return to touring over recent weeks, and are actively seeking updates on timeframes for the return.

Should WWE make their return to live touring soon? Let us know in the comments section down below!