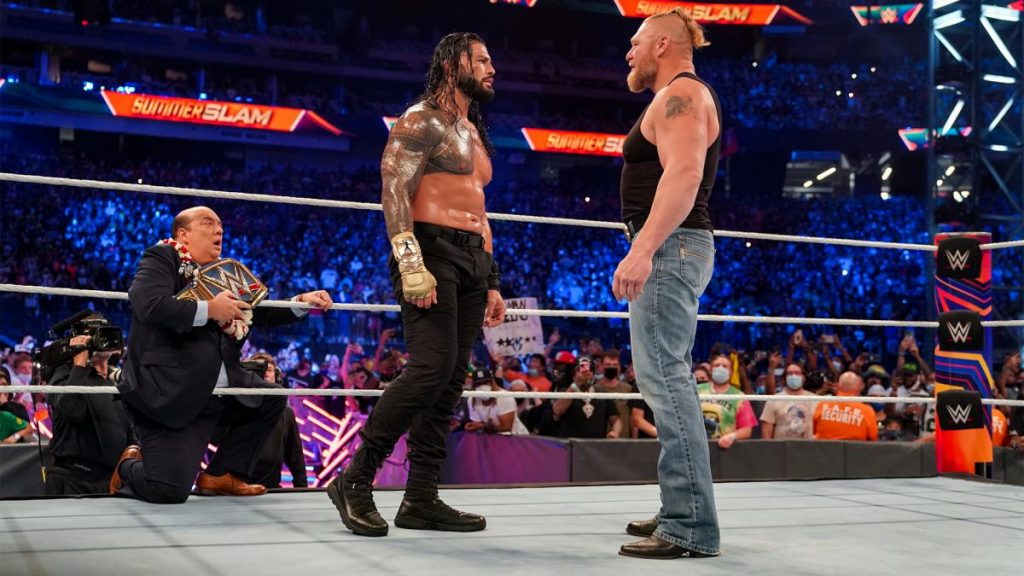 WWE Hall of Famer Stone Cold has said that Brock Lesnar and Roman Reigns are the two biggest draws in professional wrestling today. Austin praised Lesnar’s run as a babyface.

‘Stone Cold’ Steve Austin is one of the greatest professional wrestlers of all time. He is widely respected and his views are accepted across the wrestling community.

Austin was interviewed by veteran journalist Bill Apter where he was asked about his thoughts on Brock Lesnar. Stone Cold was full of praise for Lesnar.

He admired how Brock had transitioned from a football player to professional wrestler. Then he left WWE for UFC, came back to WWE and once again became the top guy.

“Brock Lesnar, Jesus Christ. That guy has been in the game forever, tried to make the pro football, almost makes the football team the Minnesota Vikings.” he said. “Then he says -‘ I’m gonna go fight in UFC.’ Becomes UFC Heavyweight Champion. Then he gets back into the business.”

” He’s still after, over 20 years, the biggest draw, him and Roman, in the business today. So, Brock Lesnar has had one of the most amazing, different runs in the history of the business and no one will ever do it like Brock Lesnar has done. Whether its Suplex City or in Octagon or whatever it is Brock is doing.”

Stone Cold admired Brock Lesnar’s run as a babyface while leading up to WrestleMania earlier this year.

“And that babyface run he had right before WrestleMania 38. When you have this big mass of Alpha male and he shows that vulnerability and people just clamor to him. He is a charismatic force of nature.”