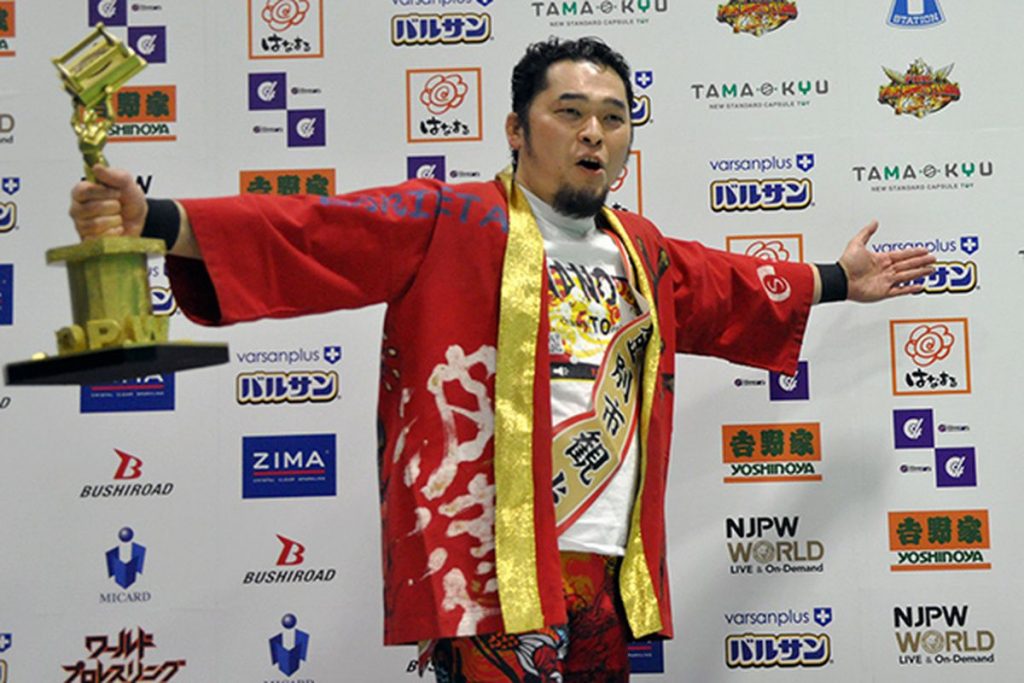 Yesterday, in an interview with the current KOPW 2021 holder Toru Yano with New Japan, he said he will be adding stipulations to the match.

Last week we heard that Yano will be defending his KOPW trophy in a New Japan Rambo/Royal Rumble. As you may know, Yano has been the only person to hold the KOPW 2021 Provisional trophy and has been crowned KOPW 2020. He has defended the title against Chase Owens in a Yano Style Texas Strap Match, Evil in a Creation of Darkness match, and now a New Japan Rambo.

In the interview, he claimed that if he chose the NJ Rambo, everyone gets a shot. He also stated that if he did the New Japan Rambo, there will be no stipulations and no vote that will take away the meaning of KOPW.  “Everyone gets a shot, and it would be fun for the fans too. But one thing I did hear at Wrestle Kingdom was that with no fan poll, KOPW seems a bit meaningless.“

So he had proposed his own stipulations to add to the Rambo to make KOPW what it is about “Audience participation is a big part of what KOPW is, so there will be a vote.”

The first stipulation is NJ Rambo with Handcuffs, yes handcuffs. The ones the Police uses and sometimes for other purposes like a wrestling match. The rules are that they can be pinned, submitted, and or thrown out the top rope. But they must be handcuffed by doing so. The handcuffs will be on the ropes and guardrails. After they are eliminated, they must be also handcuffed to the ropes for the entire match.

The next stipulation is NJ Rambo with Blindfolds. This is very similar to the Creation of Darkness match is to eliminate an opponent they must be blindfolded. The blindfolds are gonna be set at ringside to use during the match.

Are you excited for this strange Rambo? The Twitter polls are up now on New Japan’s official Twitter account! Make sure to put your votes in until it’s too late!