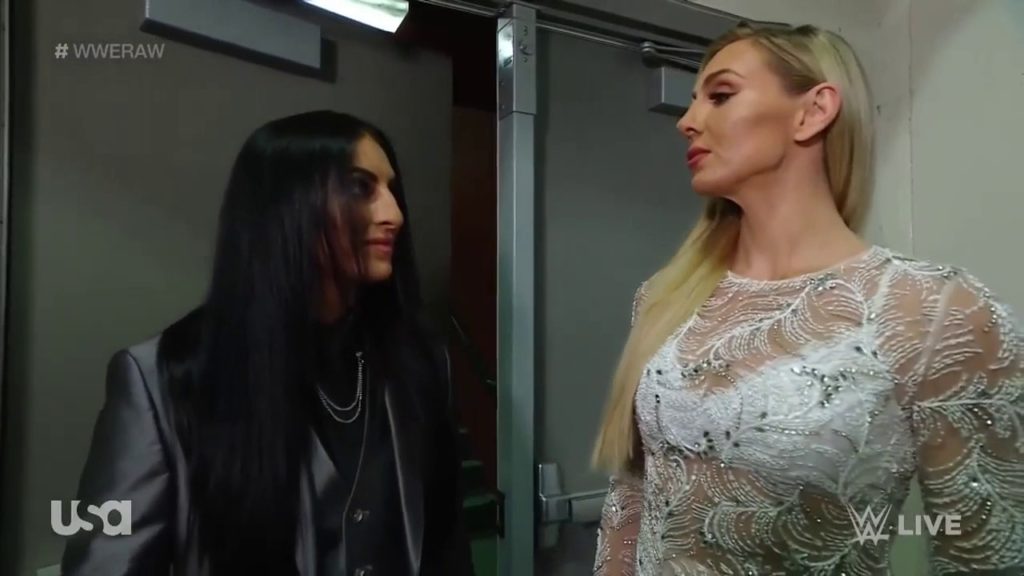 There has been a lot of discussion about Charlotte Flair and her behaviour coming out of last weeks Smackdown with not only Becky Lynch having issues with her, it appears another WWE Superstar was ready to throw fists Flair’s way.

During last Friday’s edition of Smackdown, Charlotte and Becky had a segment to swap titles due to being on different brands and needing that specific brand’s title. However, this segment brought a lot of heat towards Flair as she was difficult to work with up to and during the segment. This lead to the two woman having issues during the segment with each woman chucking their titles at each other like a child throwing their toys.

Now being reported by PWInsider, after the segment and Flair returned to the Gorilla Position, she did not acknowledge Vince McMahon and Bruce Pritchard while walking through to the backstage area. Also, Sonya Deville was backstage and after seeing the segment and Flair’s behaviour was “Mad enough to fight Flair”, while no physical interaction took place, a verbal discussion between the two did occur.

Those close to Flair felt that having her escorted from the building was a sign of disrespect because of her family history within the business and her importance to the WWE. Yet, another superstar believed that WWE did what was needed to de-escalate the entire situation from boiling over.

Finally, PWInsider added that there are those who have been assigned to keep an eye on Flair to see how she handles her behaviour and professionalism when she turns up to SmackDown in Wilkes-Barre, PA. As Flair is beginning to kick off her feud with Sasha Banks on the next coming episode of Smackdown.

We will have to wait and see if Flair can keep her cool and avoid another episode within the ring with Banks this coming Friday.